Locomotion problems are identified as major welfare problem for dairy cattle. The majority of locomotion problems is caused by claw disorders, either infectious or non-infectious.Although severe claw disorders usually are manifested by lameness, clinical lameness can be regarded as the top of the iceberg of claw and locomotion problems. The so-called subclinical claw disorders do influence behaviour of the affected cows, but the changes are subtle and therefore difficult to observe. Improvement of claw health seems feasible in practice, but in general, improvement has not been realised in the last 25 years.

In this thesis, only noninfectious claw disorders are considered. In general, this category of claw disorders is assumed to be caused by similar mechanism. Housing and management have a large influence on claw health, and particularly flooring in the walking areas and provisions for lying are elements of housing that are related with claw health. The main objective of this thesis is to improve understanding of the aetiology of non-infectious claw lesions, and in particular the effects of mechanical load on claw tissues.

For this study, two experiments were carried out at Waiboerhoeve research farm, Lelystad, the Netherlands. In the first experiment, effects of an alternative trimming technique were determined for mid-lactation cows kept in barns with either concrete or rubber topped slatted alley flooring. In the second experiment, effects of nocturnal restrictions in access to the cubicles with supposed maleficent effects on claw tissues were determined for heifers in the first three months of their first lactation. These experiments aimed to provide knowledge regarding the impact of claw shape, hard vs. soft flooring and restrictions of lying conditions on claw health and behaviour. To better understand the effects of lying and standing and of claw shape on claw health., a methodology was developed and applied to accurately measure load induced spatial deformation of lower hind limbs of cattle. The results enabled us to estimate the load induced compressive strain in the soft tissues between the sole horn layer and the distal phalanges, and to compare the strain distribution with the location of sole haemorrhages and sole ulcers.

From the experiments, it can be concluded that concave hoof trimming is not beneficial for dairy cows kept on concrete flooring, although sole concavity can help to prevent overloading in the bulb area. Rubber flooring reduces the prevalence and seriousness of haemorrhages and results in reduced growth and wear of the horn shoe. Reduced access to the cubicles does not necessarily impair claw health, but it is likely that long standing, particularly on hard flooring, is detrimental for claw health because of compressive strain that occurs in the soft tissues between the distal phalanges and the sole horn during standing. There is a similarity between the location of high mechanical strain and the location of sole horn lesions. 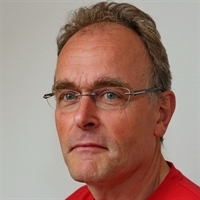