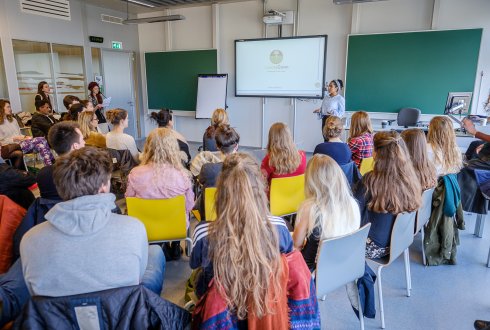 Education is one of the two pillars of Wageningen University & Research. This is why 100 years of education was given a prominent role during our anniversary. During this celebratory year, different types of events related to education were organised.

In honour of the 100th anniversary, a number of students developed a massive open online course (MOOC) about the chemical, social, and economical aspects of beer. The Wageningen Borlaug Youth Institute, which challenges young people to think about the world food problem, was also launched.

In the context of 100 years eductation, the following activities took place: