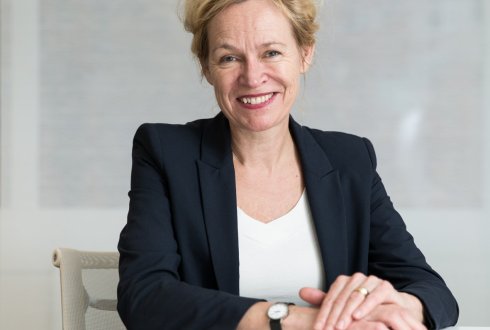 Anka Mulder will be the Keynote Speaker at the ELLS General Assembly and Forum 2018. Her speech will address 'Education in a Digitalizing World'.

Anka Mulder has been a forerunner of open and online education for many years. In 2008 she became a member of the board of the international OpenCourseWare Consortium and from 2011 to 2013 she was the Consortium President. She was a member of the EdX University Advisory Board from 2014 to 2017.

Anka Mulder is currently President of Saxion University of Applied Science. She is also member of the supervisory board of the TU Hamburg and the Comité d’Orientation Stratégique of Sorbonne University.

Anka Mulder studied History at the University of Groningen, Netherlands, where she later lectured in International Relations. After having worked in Brussels and Vienna for a number of years she took up a post as head of department at the ROI, the Dutch Institute for Public Administration in 1996.

In 2003 she joined Delft University of Technology where she worked until 2017, first as Director of Education and Secretary General, later as Vice President for Education and Operations.