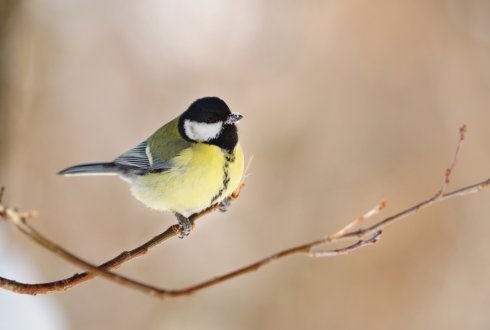 The environment is changing and this is exerting selection pressures on wild populations. For example, the time in the season when a bird lays her first egg is largely determined by temperatures in spring. Due to climate change, the great tits (Parus major) of the Hoge Veluwe are now breeding too late with respect to caterpillar availability (the main food source for their young). In his thesis, Jip aimed to understand how wild populations—the great tit in particular—are coping with such novel conditions, whether they can genetically adapt to them (i.e. evolve), and which factors affect the rate at which such genetic adaptation can take place. Jip combined experimental work aimed at identifying constraints in adaptation to novel conditions with long-term data from field observations, experiments, as well as simulation models, to quantify and understand (the lack of) evolutionary change in wild populations.