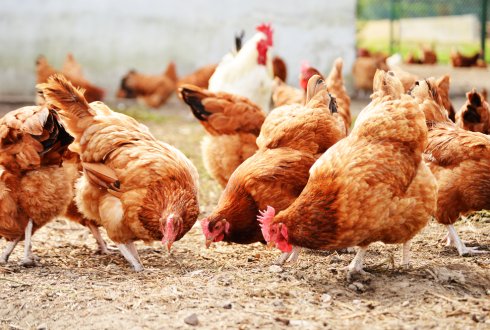 For several weeks, the poultry sector in Belgium has been dealing with outbreaks of the low pathogenic avian flu virus H3N1. The virus has been spreading rapidly: 38 farms, with different types of poultry, have now been infected. Mild to moderate clinical symptoms have also been reported on various farms. However, only viruses of subtype H5 or H7 can develop into highly pathogenic avian flu.

The low pathogenicity of the H3N1 virus was confirmed in an animal experiment conducted in Belgium (IVPI = 0.13). The clinical symptoms observed on the poultry farms could therefore be caused by co-infection with other pathogens. Researchers in Belgium are investigating this aspect.

No farms in the Netherlands tested positive for H3N1

For the Netherlands, the occurrence of LPAI and HPAI infections is also a constant and unpredictable threat. Wageningen Bioveterinary Research (WBVR) tests poultry samples from farms participating in the monitoring programme and samples from farms at which infection with avian flu is suspected. So far, WBVR has not found any farms that have tested positive for H3N1, and there are no indications that the virus is circulating in the Netherlands. However, alertness to symptoms of avian flu remains crucial.

If veterinarians cannot exclude the possibility of avian flu at a farm, they can submit test swabs through the early warning programme. These samples are tested by WBVR for the presence of the avian flu virus. Given the rapid spread of the virus in Belgium, attention to biosafety and alertness to clinical symptoms are essential to keep the Netherlands free from H3N1 infection.