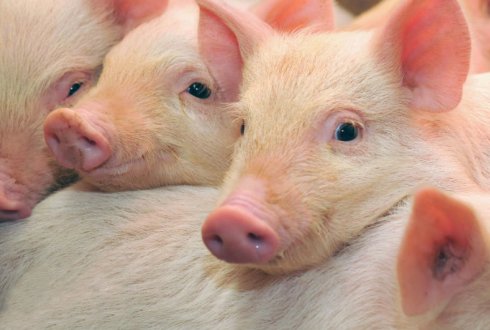 Boar taint is an unpleasant odour that sometimes occurs in the meat of boars (male pigs) if they have not been castrated. Some 30 to 40 years ago, 20-30% of all non-castrated boars had this odour but these days only about 3-4% have it. Although this percentage has decreased sharply and many consumers have difficulty in recognising boar taint, this odour has to be completely absent for purposes of international trade.

Cause of boar taint

The pheromone androstenone and amino-acid decomposition products skatole and indole are responsible for boar taint. This unpleasant odour only becomes noticeable when the meat is cooked. Over the years, pigs have become meatier with less fat, which is where boar taint more often occurs.

Wageningen UR Livestock Research and LEI are collaborating with other European companies and research institutes to investigate the most effective way of reducing boar taint.

Until recently pig farmers castrated all male piglets to prevent boar taint but support for this measure has decreased. Castration is distressing for the animals even though it has taken place under anaesthetic since 2009 at the insistence of supermarkets. Furthermore, it is unpleasant for the pig farmers to perform and it reduces pig productivity. Due to the presence of male hormones, untreated pigs grow faster than castrated pigs given the same amount of feed. Because the EU has 100 million male pigs in any year, that means a total saving on feed of 30 million tonnes, around six euros per pig. The Netherlands will stop castrating piglets by 2015 at the latest. This is the decision taken by partners in the pork supply chain in 2007. In 2009 all the meat sold in Dutch supermarkets came from castrated boars. By 1 January 2014 no meat from castrated boars was available for sale.

The number of non-castrated boars with boar taint has decreased substantially due to breeding programmes. The 3-4% of boars that still have the strange odour do not reach the consumer in the form of fresh meat.

Specially trained assessors burn a selected area of the skin of a carcass with a soldering iron to investigate the presence of boar taint in carcasses that go through pig slaughter lines. The assessors’ trained noses can detect boar taint. That meat is then used for cold meat products, in which the odour does not pose a problem.

Furthermore, good management can reduce the number of cases of boar taint. A suitable feed composition is important but so is good hygiene. Because substances such as skatole and indole in the manure can enter the meat via the skin, it is essential to remove manure effectively and to provide dry lying areas.