West Nile virus (WNV) is one of many viruses transmitted to humans and animals by mosquitoes. While West Nile virus is not native to north-western Europe, the mosquitoes that carry the virus (vectors) and spread it have been present in the region for a long time. In recent years, a global increase is seen in vector-transmitted diseases, and West Nile virus has reached and spread across Europe. The first case of the virus in the Netherlands was identified in a bird in September 2020, and it has been found in humans since October 2020.

West Nile virus is transmitted between mosquitoes and birds but may occasionally also infect humans or other animals, such as horses. Human-to-human infection is not possible. The transmission always requires an infected mosquito. Infected humans are generally asymptomatic or have mild flu-like symptoms and a rash. This is known as West Nile fever. In some cases, however, WNV infection can become severe and cause encephalitis, which may be fatal. It is therefore important to prevent mosquito bites as much as possible.

What is the situation in the Netherlands?

It has been suspected for years that West Nile virus could reach the Netherlands since mosquitoes in the Netherlands are capable of transmitting the disease, and local birds are susceptible to the virus. Several years ago, antibodies were discovered in birds, indicating a spread of WNV in the Netherlands, but the virus itself was never found. Thanks to the use of sensitive PCR tests, the virus has now been identified in the Netherlands in both birds and humans. The question remains to what degree the virus may already have spread unnoticed.

Could we have seen this coming?

West Nile virus has been present in our continent for several decades, in particular in South-Eastern Europe. Over the last years, however, it has shown a marked advance in the north-western direction. A few years ago, there was an increase in the number of cases of humans who were infected in Germany, both in horses and in humans. Before the West Nile virus was discovered in the Netherlands, we saw the Usutu virus, which mainly infects birds. Usutu is closely related to the WNV and is transmitted by the same mosquitoes. In 2016, the first Usutu case was identified in a bird in the Netherlands, after which it spread with an astounding speed. This resulted in high blackbird (Turdus merula) mortality. The Usutu outbreak may be considered a prelude to the spread of West Nile virus.

What research do we conduct?

The Laboratory of Virology and the Laboratory of Entomology in Wageningen have been studying the West Nile virus for many years. Together, they study the susceptibility of Dutch mosquitoes to the virus. It has now become apparent that the Dutch mosquitoes are very capable of spreading West Nile virus. The fact that most infections occur towards the end of the summer is noteworthy. This is when large numbers of mosquitoes are present, while the elevated temperatures cause the virus to amplify rapidly within the mosquito. This increases the chance that the virus is transmitted when the mosquito bites. The One Health PACThas enabled Wageningen University & Research to expand its research on West Nile virus together with other research institutes. Wageningen Bioveterinary Research (WBVR) is stand-by to test animals for possible infection with West Nile virus.

Research on the transmission of these viruses by mosquitoes is conducted in a biosafety level 3 (BSL3) laboratory in Wageningen. This is a safe environment in which researchers are optimally protected and from which the virus cannot escape. Mosquitoes are caught for further research using special traps to sample mosquito populations. The Culex pipiens mosquito is the most prevalent type of mosquito found in these traps. Combatting the Usutu and West Nile viruses is difficult, as both viruses are primarily avian viruses. There is no licensed human West Nile vaccine. Our current research focuses on how West Nile virus multiplies in the cells of mosquitoes, humans and birds, and how this knowledge may be applied, for example, in developing effective vaccines.

How can you help stop West Nile virus from spreading?

West Nile virus is spread mainly by mosquitoes of the Culex family. Their larvae mature in water reservoirs such as barrels, watering cans and gutters. In light of the current developments, the main future strategy will be to keep the population of these mosquitoes under control.

Mosquito populations can be controlled by addressing these breeding spots and making your home ‘mosquito-proof’ using screens, for example. The West Nile virus has been present in the United States since 1999. There, the motto is: ‘Dress, DEET, Drain’ to avoid catching West Nile fever. In other words: cover as much skin as possible, especially in the twilight hours, use anti-mosquito products containing DEET and drain excess (rain) water. 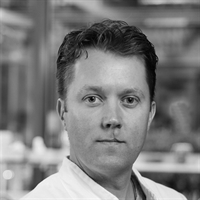 Do you have a question about the West Nile virus (WNV)? Ask our experts, virologist: dr.ir. GP (Gorben) Pijlman
Contact form + Show more (2)

Web story: WNV in the Netherlands

Navigate through this story with your mouse.

More about diagnostics in animals