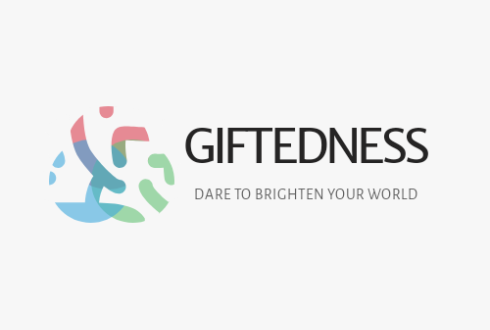 ‘Giftedness’ is not just about being smart and having an IQ score above 130; it concerns an intensity in a number of different areas such as intelligence, sensitivity, creativity and complexity. The goal of the project ‘Giftedness’ is to both create awareness on, and provide guidance to students and teachers regarding giftedness at Wageningen University & Research. Giftedness really is a gift, which can only improve life by learning how to unwrap it properly. This cannot merely be achieved by acknowledging or accepting it, but by actively doing something with it. So find out more about giftedness and dare to brighten your world!

The project Giftedness has been initiated based on the request of Wageningen University & Research students and teachers to pay more attention to intellectual giftedness and high sensitivity among students.
The main objectives Giftedness aspires to attain are to:

To establish these objectives, information concerning giftedness and high sensitivity is being made available, access is given to an online community, and events and readings are being organized. Giftedness works towards an enlightened environment at the Wageningen University & Research, so dare to brighten your world!

Intelligence alone is however not the only component of giftedness as suggested by the Delphi-model.

According to the Delphi model, gifted people could be described as follows: “A gifted person is a fast and clever thinker (to think) that is able to handle complex matters. Autonomous (to be), curiosity and driven by nature (to want). At the same time also a sensitive (to perceive) and emotional person (to feel). Intense living and fun creative (to do) in creating things.”

*More detailed information about the theory of Dabrowski can be found below at the section interesting links.

HSPs have a nervous system that has a stronger response to stimuli than people who do not experience high sensitivity. According to brain scans, HSPs have more parts of their brain that are active during the processing of stimuli interactions, and HSPs do more with stimuli than other people. The type of stimuli that HSPs perceive to a stronger extent generally concern seeing, hearing, smelling, tasting, and feeling (i.e. sensual overexcitability), but also emotions, moods and atmospheres (i.e. emotional overexcitability). Because of the fact that HSPs perceive more stimuli, they are more easily overwhelmed or tired, but for instance also possibly more able to enjoy moments in life. Due to this heightened stimuli perception, there is however also a greater probability for HSPs to get a burn-out, depression, anxiety disorder, etc.

Besides, it is important to note that there are also differences in sensitivity in HSPs; not every HSP experiences the same degree of sensitivity. Taking time to rest and get to a balanced state of being is however important for most HSPs, as it could lower the chance of getting burn-outs, depression or anxiety disorders. It is therefore important to learn where your own limits are and prevent yourself from crossing them.

In case you have any questions or remarks related to giftedness, or if you can identify yourself with (aspects of) being intellectually and/or emotionally gifted and wish to know more, please do not hesitate to contact us.

There is also a private Facebook group and a private Whatsapp group, in which students who experience giftedness interact with one another and keep each other informed about events and other interesting matters. If you would like to join the Facebook and/or Whatsapp group, please send an email to giftedness@wur.nl.

If you experience problems (you think could be) related to giftedness, which impede your ability to follow your study program, please do not hesitate to contact student dean Mw. ir. R. (Ruur) Boersma.

You can also join the Giftedness group on MS Teams. We made this private group to create a safe environment were anyone can ask questions related to giftedness on a forum, talk about their interests, meet new friends and more. If you are interested please send an e-mail to giftedness@wur.nl so we can add you to the group! (only available with wur email address)

It is also a great way to start if you are not sure yet if you would like to attend a physical meeting, to ask questions and get valuable feedback and meet new peers!