Priadi Setyawan presented his results about the potential for combined production of salinity tolerant tilapia and shrimp in brackish water pond culture in Indonesia. Small scale farmers dominate brackish water farming, and the majority of them apply shrimp and tilapia farming in polyculture, with or without rotation during rainy and dry season. He showed that such systems can be economically very profitable to the farmers but to successfully produce tilapia in brackish water, a tilapia strain with good growth over a range of fluctuating salinities is needed.

A breeding program for salinity tolerant tilapia based on selection for own performance of harvest weight has been conducted by Research Institute of Fish breeding (RIFB) in Indonesia for 4 generations. Xiaofei Yu presented a detailed whole-genome analysis on the origins of Sukamandi strain which was used as base population for the breeding program. The Sukamandi strain represents an interesting, inter-species fish hybrid produced for aquaculture, but with very asymmetrical contributions from its parent populations, the Nile tilapia and the blue tilapia. Breeding with four generations under high salinity environment resulted in strong selection on salinity- adaptive regulatory pathways.

Chantal Roozeboom simulated a rainbow trout breeding program and investigated whether genomic selection would result in better performance. Using genomic selection, the rate of inbreeding was reduced and therefore a higher selection intensity could be applied in order to increase the genetic gain. Genotyping cost could be reduced by genotyping fish with lower density SNP panels or genotyping only half of the selection candidates.

Sea bream breeding for the east and west Mediterranean

The production cycle of the European eel is still not closed. At the Eel Reproduction Innovation Centre (EELRIC) of Wageningen University & Research we can produce eel larvae three times per week but egg and larval quality is not yet optimal. This is at least partly due to the crudeness of injecting carp hormones which consists of a hormone mixture that might vary between batches and is not eel-specific. Pauline Jehannet presented results showing that larvae were produced for the first time with newly developed recombinant gonadotropins that are eel-specific. The protocol needs further improvements but could potentially improve egg equality and lead to the production of more robust larvae.

Arjan Palstra presented results from the EU Medaid project showing that an optimal flow regime, stimulating seabream to swim, enhanced growth (with 15%) and uniformity of growth (25% less variation), and lowered stress levels. Following these fish for 6 weeks with accelerometer sensors in a seacage revealed the activity patterns over the day and over the weeks which can be extremely useful for timing feeding events at the start of active periods. 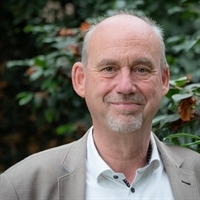 Do you have a question about aquaculture? Ask our experts: prof.dr.ir. J (Hans) Komen
Contact form + Show more (1)

Wageningen Aquaculture Research & Education (W-ARE) is a joint initiative to provide an easily accessible online portal for our expertise, facilities and education.