Bitumen is the fossil binder in asphalt. For the future, bitumen shortage and quality changes are expected and it is not a sustainable product. The objective of this project is to develop a fully (100%) bio-based asphalt binder, which is more sustainable and have good performance in road pavement.

Bitumen is the glue or binder mixed with aggregates to create asphalt concrete and is a key construction material for roads. However it is produced as a residue of an oil refinery and is of fossil origin. For the future, bitumen shortage and quality changes are expected and there is an urgent need to find sustainable alternatives.

During the last decade, several bio-based ingredients have been introduced in asphalt concrete as an alternative to bitumen, but so far none of them has proven capable of fully substituting bitumen. In order to develop a fully (100%) bio-based asphalt binder a strong consortium with complementary expertise has been build.

For development of a fully biobased asphalt binder as a low-carbon construction material new value chains from agri and forestry derived side streams into asphalt manufacturing need to be established. Valorisation of these side streams contributes to the full utilization of each part of the biomass feedstocks both in organic carbon and in environmentally and economical way. Recycling of asphalt and long term storage of organic carbon will support claims of sustainability and circular economy.

The main objective of the project is to develop a 100% bio-based alternative to bitumen by creating new recipes based on lignin, and other side-streams from the agri-food and forestry sector. The main result will be one or several bio-based binder recipes, which have the potential to fully replace fossil-based bitumen binder for asphalt application.

Formulation and mixing of the key components

The major contribution of the project will be in the formulation and mixing of the key component(s) in such a way that they are well incorporated as a binder and fulfil the requirements for road application. The aim is also to create an optimal interaction between the components such that they are mutually compatible, processable and reinforce each other to manifest the desired functional properties (e.g. viscoelastic behavior, stability) and improve the overall performance of the binder mixture. The binder performance in asphalt will be tested by the partners in the project.

Biobased binders have demonstrated a significantly lower carbon footprint than conventional fossil based binders. Lignin for example can reduce the carbon footprint of asphalt binder by 35-50% compared to fossil asphalt. A key aspect is the fact that long time storage of organic carbon can be realised in a (recycled) material such as asphalt. Demonstration of a small scale road paved with the 100% biobased binder will be the ultimate demonstrator. 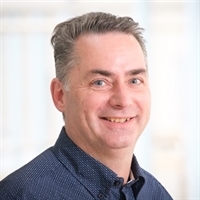 Do you have a question about biobased asfalt binders? Ask our experts: dr.ing. RJA (Richard) Gosselink
Contact form + Show more (2)