Researcher Rebekah Tauritz developed an interesting research method to study biodiversity education in zoos. In collaboration with a diverse group of partners, she developed an extensive curriculum, which she then studied extensively. Covid caused some delays, but still, she managed to work with 695 students from 19 different schools in the region around Ouwehands Zoo in Rhenen. Schools from Nijmegen, Wijk bij Duurstede and Otterlo were included.

Donation to the University Fund Wageningen

This research is made possible by a donation from Ouwehands Zoo Foundation and Stichting Zabawas to the University Fund Wageningen.

Tauritz: ’28 groups joined the classes. A part of the group was offered a series of classes, including a class at the zoo. The other groups followed all the lessons in school. The lessons were almost identical. We also had four control groups that visited the zoo but did not follow any lessons on biodiversity. We used surveys before and after the lessons, focus group discussions with the students, interviews with the teachers, worksheets, presentations and workbooks to map what the students learned and how a complex topic such as biodiversity could be introduced in elementary education groups 6, 7 and 8. We have gathered a wealth of information and have not yet completed the analysis. However, some conclusions can already be drawn.’

One of the first questions was to what degree elementary school students are ready to learn about biodiversity. Tauritz’s study shows that group 6 is a great place to start. ‘We succeeded in explaining biodiversity in such a way that students understand it relates to differences within a species, differences between species, relationships between life forms and different habitats. The stories, videos and images of eight endangered species that we used to make the information concrete were essential. In general, the lessons were positively evaluated by teachers and students.’

The best set-up turned out to be a series of five lessons to devote sufficient attention to all these aspects and allow the students enough time to process the information.

Tauritz chose varying work forms in which the four aspects of biodiversity were repeatedly presented. ‘Repetition is essential to ensure a solid foundation on which students can build in other lessons’, Tauritz says.

Not just a trip to the zoo

Tauritz stresses that in the curriculum that included a lesson at the zoo, the class at the zoo is firmly embedded and goes far beyond a simple trip to the zoo. It is particularly the active preparation in the class that ensures the students are committed and spend more time observing ‘their’ animal. ‘Students repeatedly indicated that observing their group animal and comparing it to another animal contributed to a better understanding of biodiversity. The discussion with the guide about what the zoo does to help protect biodiversity was positively received by the students.’

The role of the visitor is another discovery made in the research. Students interview visitors, asking them whether zoos must contribute to protecting biodiversity. Students were frequently required to explain the meaning of biodiversity before the visitor could answer—Tauritz: ‘A great learning experience that emerges spontaneously. In short, the zoo offers a rich and supplementary learning opportunity. We now have a complete curriculum that we are fine-tuning based on everything we learned during the research. It will be made available free of charge to all zoos that are a member of the Dutch Zoo Association, Dutch nature and environmental education centres and elementary schools. The zoos can adjust the content to match their own endangered species, as long as the core of the course remains intact.’

After the lessons, students are more willing to take action for biodiversity. However, they don’t know exactly how. Thus, the lessons include information on how to set up a simple action plan. Many students indicated that giving that some thought helped them to understand what they can do for biodiversity. However, they find this challenging if supporting biodiversity includes personal sacrifice, such as taking cold showers and skipping meat. Aspects that influence the students’ willingness to take action to protect biodiversity are: animals being red-listed, knowledge about the animal’s role within the ecosystem and new interesting facts about the animal. In addition to the well-known giant panda, a new ambassador for biodiversity emerged: the axolotl. This brown salamander is red-listed as severely endangered. The creature is found exclusively in a single lake in Mexico, which is being severely polluted by humans. It has unusual properties, such as the ability to regrow severed body parts and is also used in research on cancer. The axolotl was most frequently named as the species for which the students were willing to take action. 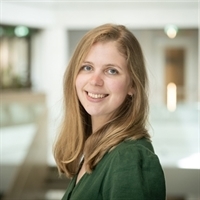 Do you have a question about the University Fund Wageningen? Ask: SVK (Sacha) Tijmstra MSc
Contact form + Show more (1)