Rapid climate change is an increasing threat to cultivation. According to Daan Verstand and Rien van der Maas, farmers and horticulturalists will have to devote much more attention to the supply of water. In addition to good water management, a range of cultivation measures will also be required.

Researchers Rien van der Maas and Daan Verstand study various open crops; fruit and arable farming. And all of those crops face the same major challenge, a rapidly changing climate. At the experimental farm in Randwijk, the researchers discuss the challenges facing cultivation. Verstand starts by outlining several trends associated with climate change: “It’s getting warmer, drier and wetter in different periods. And sea levels are rising, accompanied by the effects of salinisation. If the temperature increases, evaporation increases. We are seeing longer periods of drought more often and more frequent downpours. In short, things are getting worse for growers.”

The convertible cover in the field lab for fruit research is a good example of how research into adjustments for cultivation in a changing climate actually works. This cover is deployed when it rains or hails, thereby protecting the crop from wet conditions and hail damage. This not only reduces the chance of fungal diseases taking hold, but also the use of crop protection agents. The cover can be closed from above and from the side to protect against insect pests. Although rainwater does not fall on the trees during showers, it is collected in a large tank which can store about six-months worth of rainwater. This water is then used for drip irrigation and sprinkling under the trees. According to Van der Maas, the cover is one example of how research is devising solutions for growers. But a single solution is not enough. “There is no cure-all for climate change,” says the fruit cultivation expert.

2018 saw the first ban on irrigation for fruit growers in the Betuwe region. Severe drought resulted in low water levels in rivers. Van der Maas believes that such situations are a wake-up call for the sector and pave the way for change. Verstand: “Climate often feels like a remote concept. Now things are getting real for growers. Sometimes, it takes a disaster like this to bring it home to people.”

For its research into solutions, WUR has chosen a fruit-growing region that was particularly badly affected. Zeeland’s fruit-growing sector does not have access to fresh water from a river. There is salt water in the subsurface and only a third of growers have access to water from Zeeland’s agricultural mains. Van der Maas: “Only 20% of growers have a water source and 10% of growers use mains water. This is exactly the kind of area that is crying out for experimentation with solutions, such as irrigation during hot weather using water-efficient sprinklers.”

“Using soil as a water buffer and holding onto rainfall in winter are high on the list of priorities,” says Verstand. Photo: Ruud Ploeg

Potatoes and onions are the crops that are most affected. Even in the less extreme scenarios produced by climate models, climate change will soon reduce the yield of these crops by 10 to 15%. In more extreme situations, Verstand estimates the financial damage to reach between 40 and 50%. Companies that do not adapt will collapse. Van der Maas expects that it will be the same story for fruit in the problem areas. “But young growers are busy developing new things,” he says.

Van der Maas is a systems researcher, specialising in soil science. One potential solution is to grow arable crops that can tolerate having less water, or that can grow in a more saline environment. “When it comes to selecting varieties of fruit, the focus is on diseases and pests and the quality of the product. Drought could then be an additional selection criterion, but incorporating that is a very long process.

It therefore makes more sense to work on technology and on more water buffering in the cultivation system and the soil.” “Using soil as a water buffer and holding onto rainfall in winter are high on the list of priorities,” says Verstand. According to Van der Maas, the problem is that climate change requires both rapid infiltration and possibly drainage during heavy showers as well as the retention of more water for dry periods.

Healthy soil also contributes to a better water supply. In Zeeland, WUR researchers are testing ways to increase the level of stable organic matter in the soil. “That’s one part of the solution,” says Van der Maas. “We are trying to make the trees less susceptible to drought by using mycorrhizal fungi. These can increase the reach of the roots for water uptake. It’s one of the hypotheses we’re investigating.”

A set of measures

Solutions to deal with more extreme weather conditions often involve a range of crop management measures, emphasises Van der Maas. “It’s a ‘system’ approach, where drought-resistant crops, technological inventions and soil measures can all play a role. Technological measures can be expensive, but they are still worth looking into, simply because a high risk of damage will eventually become uninsurable. In fruit cultivation, for example, anti-hail nets are replacing hail insurance and new irrigation techniques could well be the new drought insurance. The convertible cover, which we’re looking at, is a technically sophisticated and expensive solution. The researchers are calculating the feasibility of the cover: do the benefits in terms of crop protection and harvest security, or the quality of the fruit, outweigh the additional cost?

“There are so many innovative measures that we need to work on. However, that will require a huge amount of investment, so we also need to counterbalance that with earning opportunities.” Photo: Ruud Ploeg

At the Agroecology & Technology field lab in Lelystad, Verstand and Van der Maas are working on new cultivation systems, including combinations of annual crops and rows of trees (agroforestry). Van der Maas: “Can we in the Netherlands use a combination of crops to mitigate the effects of extremes? That’s one way we can adapt to climate change.” “You could avoid growing high-risk crops on vulnerable plots. Insurers are watching and will start imposing more and more requirements when taking out insurance as the risks increase,” says Verstand.

The climate is shifting

In arable farming, a milder climate means that some crops are sown earlier; in fruit growing, the trees blossom earlier. The climate is shifting. Yet this does not reduce the risk of frost damage. Van der Maas even anticipates that the shift in seasons will actually increase the need to irrigate in order to protect blossoms against frost damage.

When irrigating to protect crops against night frost, being economical with water will become even more important. With Flipper sprinklers, water only reaches the fruit trees and is not wasted on the grass strips. The researchers are investigating whether it is actually possible to achieve the potential 50% saving in practice. Wind machines may be an alternative to sprinkling during night frosts, where no water is needed at all.

Milder winters are also having an impact on the risk of diseases and pests. Verstand: “They survive the Dutch winter or they come up from the south during the growing season. This, combined with a narrower range of pesticides, is an indirect effect of climate change; the cultivation sector must find a solution.” Van der Maas argues that crop protection is currently a bigger problem than the water supply in fruit cultivation. But the convertible cover does at least drastically reduce the use of pesticides under test conditions compared to current practice.

Just as in fruit cultivation, arable research is developing ways to store fresh water. This is done in deeper layers of sand. Verstand: “If there is a drought, we return that water to the crop via the drainage system. This way, the water is used as efficiently as possible.” Van der Maas adds that solutions will be tailored to the specific regions: “In the Betuwe, we can combine water storage with sand mining, and we can put floating solar panels on that water to help facilitate the energy transition.”

The researchers stress the importance of not getting bogged down in the doomsday scenarios of climate change. “There are so many innovative measures that we need to work on. However, that will require a huge amount of investment, so we also need to counterbalance that with earning opportunities.”

A few decades ago, an extremely dry year occurred once every ten years. WUR | Field Crop researchers are developing cultivation solutions for a situation in which this happens more frequently. According to the KNMI’s climate scenarios, by 2050 such weather events could happen once every two to five years. Rien van der Maas: “The exception will soon become the rule. Extremes will become more common. The average temperature will rise by around two degrees, but hot and dry summers, heat waves and torrential rain will become much more common.”

Climate is the ‘average weather over a period of 30 years’. It is already warmer than in the period between 1980 and 2010. Daan Verstand: “The reference period is always shifting. So it’s easy to forget that the absolute change compared to the old climate is much greater, even if it appears to be happening in small steps.” 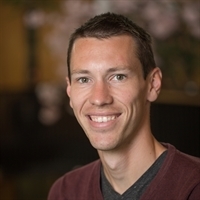 Do you have a question about climate adaptation for field crops? Ask our experts: D (Daan) Verstand MSc
Contact form + Show more (1)