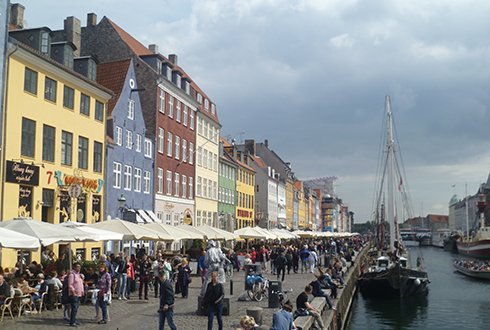 I will describe some concepts which are very important within the Danish culture.

First there is Hygge. The literal translation is cosiness. But it is so much more than only being cosy. It is also being warm, happy and having a good time. When somebody is having a hyggelig time, it can for example be with Christmas. The time you spend with your family. Or just a nice evening with your friends and a glass of wine, probably with some candles lit or in front of a nice fire. That feeling is what the Danish call hygge.

The second thing is the Law of Jante. It goes like this:

1.    You’re not to think you are anything special.

4.    You’re not to convince yourself that you are better than we are.

6.    You’re not to think you are more important than we are.

The law comes from a novel written by Aksel Sandemose. It is about a small Danish town which abides by this law. As I have said before, Danish people value equality and community, just as these rules describe. It is not an official law which is written down, but all Danish people live by it. Children learn these rules very early. It can also be seen in the educational system. Group works are very common and as I have said before, there is an easy connection between the student and professor. The same applies for companies, there isn’t this large groove between the boss and employee.