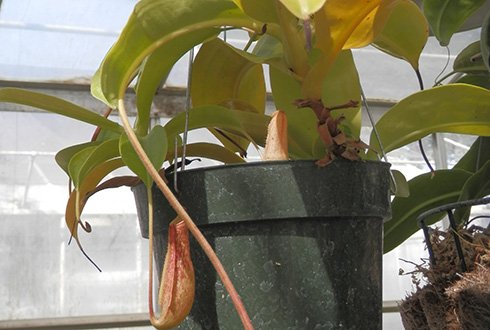 I am already 3 weeks in Fresno and want to give a small update. The most of the time I worked (again) in the lab, but I also did some nice other stuff.

For example, we found out that the collection of carnivorous plants was kind of neglected in the greenhouse, so another student and I put some effort in it to save them. Yesterday I have been with some people to the catacomb party in downtown Fresno (that is where the tower is). Unfortunately, the photos by night were not a great success! Next week I will be in the lab again, I will make some pictures of my work-environment!