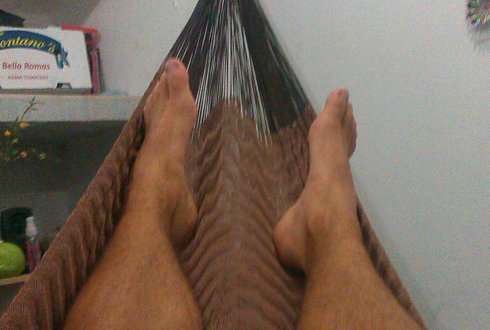 During my study International Land and Water Management a lot of teachers learned us to be flexible while being abroad to be able to cope with unexpected situations. They often said things like: always expect the unexpected! And indeed, it is exactly like that. I was not more than an hour in San Fransisco de Campeche and already two things were different than I expected beforehand in the Netherlands.

While I was still in the Netherlands, Jari, a student of Ecosur, arranged an apartment or me. I only needed to sign a contract which I could do the day after I arrived so she also offered me a place to sleep for the first night, which is of course very kind of her. She said she would pick me up at the airport and then we would go to here home. And indeed, when I arrived at the very small airport she was there. She came with her boyfriend and another friend who has a car, so he could bring us to her house. But then in the car she told me the apartment was not ready yet, so we had to look for another one in the weekend. Of course I was a little bit disappointed because she found a very nice place for me and now I didn’t have any. But okay I had to be flexible and switch my mind to another apartment. However, as things often the go here, the day after I arrived it was suddenly possible to finish the apartment very quickly, so I had to wait for one more day but now I am living in the one apartment Jari arranged for me.

The second thing I didn’t expect is that the place to sleep Jari offered me was not a bed, but the floor or a hammock (picture). Again I had to be flexible and thus I had to choose for an option I normally wouldn’t choose, so I picked the hammock because it seemed to be the most comfortable option. And indeed it was comfortable, even so comfortable that although I have a bed in my apartment I am still sleeping in the hammock for a part of the night because it is the only way one will not be sweating a lot.