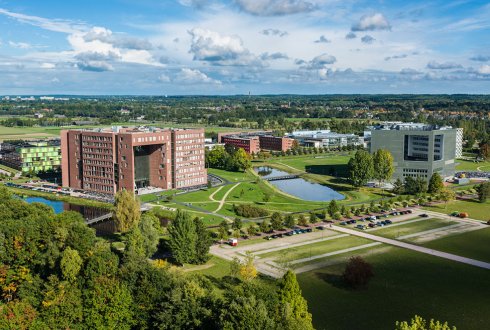 The National Taiwan Ranking compares over 300 universities on three different criteria for scientific paper performance; research productivity, research impact and research excellence. According to NTU Wageningen is the number 1 Agricultural University and is #156 in the general ranking.

Wageningen University & Research is not only number 59 in the world but also number 1 in the Netherlands!

The QS World University Rankings were first compiled in 2004, evaluating 700 universities in the world and ranking the top 400. They are compiled using six criteria – academic reputation, employer reputation, student-to-faculty ratio, citations per faculty, and international faculty and student ratios. The university is worldwide on the 125th position.

Wageningen ranks as #1 in the world in the field of Agriculture and Forestry, according to QS World University Rankings.

Wageningen has also been highly ranked for Environmental Sciences. The most recent ranking notes the University as #7 in the world in this field.

In the subject ranking Agricultural Sciences of the Shanghai Ranking the university holds the first place.

The Keuzegids ranking compares Dutch universities. In 2019 the university is ranked as the best University in the Netherlands for the fifteenth time in a row. The best bachelor's programmes are Plant Sciences and Molecular Life Sciences. Best master's are Geo-information Science, International Land- & Water Management en Forest & Nature Conservation.