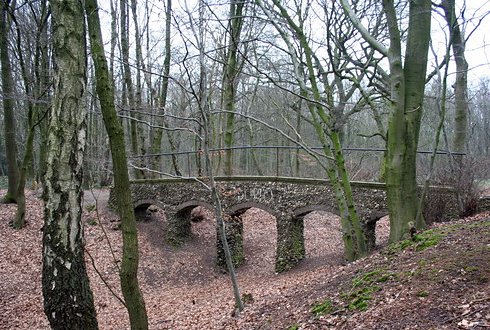 The southern part of the Veluwe, a huge lateral moraine complex in the province of Gelderland, lodges many country estates. In the Municipality of Renkum some thirty estates can be found. This estate landscape significantly contributes to the heritage of the municipality. This area however has suffered huge ware damage in WW2, and as a consequence many estates lack the original buildings. The public administration starts a visionary project, aiming at restauration and valorisation of this part of its heritage.

The analysis focused both on the value discussion that has emerged between the stakeholders and on the heritage values as such. The analysis of the value discussion revealed significant pluralism, causing misunderstandings and conflicts. For some actors the ecological values of the region should prevail and for others the monumental. Big disputes also have been found around the theme of restauration. The analysis showed that solutions can only be found if pluralism is taken as a point of departure. Moreover the idea of one value preference infringing others should be avoided as much as possible.

The analysis of landscape values addresses the monumental and living aspects of heritage in an absolute and relative manner. In relative terms the area is compared to other estate areas in the Netherlands. This shows the uniqueness of the interrelated and interwoven value components, belonging to landscape, architecture, nature, WW2 history among others. The absolute value analysis focuses on the presence and significance of the estate heritage for the inhabitants of Renkum. This part of the value judgement revealed a severe lack of participation and of possibilities of engagement.

Based on the analysis various recommendations have been formulated such as strengthening the identities of incomplete estates, solving the value conflicts with a nature value system that isn’t referring to national policies but to regional characteristics and starting an inclusive and participative process of societal valorisation. A stepwise approach is given here. Increasing the relevance, visibility and engagement of the estate landscape in the daily life of the citizens of Renkum is seen as crucial, which should prevail above increasing its monumental statues. Renkums’ heritage is abundant, but it’s sleeping.