An emulsion is a dispersion of two immiscible liquids with one of the liquids dispersed in the form of droplets into the other continuous phase. Emulsions play an important role in several products including pharmaceutics, cosmetics, and food. Cream, butter, margarine, paint, and drug delivery systems are some of the examples of commonly used emulsions. Physical stability and other emulsions properties like rheology, appearance, and chemical reactivity are determined by size and size distribution of the dispersed droplets.

Emulsions with droplet size of 0.1-100 µm are very important in both science and industry; however, traditional emulsification equipments produce polydisperse emulsions (coefficient of variation of around 40%). Moreover, they apply a high shear stress to disrupt the large droplets which can destroy the functional properties of shear sensitive ingredients (starch, proteins etc.). Membrane emulsification can produce monodisperse emulsions with low shear stress and with a coefficient of variation of about 10%, which is a considerable improvement to the traditionally prepared emulsions. But unfortunately, only dilute emulsions (<10%) can be produced successfully.

Spontaneous emulsification, in which droplets are formed due to a difference in Laplace pressure, is a relatively new technique for preparing monodisperse emulsions. This technique is also useful for preparing emulsions with high dispersed phase fractions while still having a sharp droplet size distribution. We have recently introduced a new spontaneous droplet formation technique called EDGE (Edge-based droplet generation) with which we are able to produce multiple monodisperse emulsion droplets simultaneously from one droplet formation unit. The present project is planned to analyze this new emulsification technique in detail.

An EDGE-unit is a slit like structure called plateau located between an oil channel and a continuous phase channel. Droplet formation takes place along the edge of this plateau at several positions. Figure 1 shows an image of droplet formation through a typical EDGE design. In this project, we will mainly focus on visual observations of the emulsification process under a microscope using a high speed camera and subsequent analysis of the captured images. The aim of this project is to analyze the EDGE systems in detail under various experimental conditions, and for the preparation of different products, like food emulsions, foams, multiple emulsions etc. Moreover, scale-up of EDGE will be investigated, and for this, amongst others, metal versions of EDGE systems are considered. 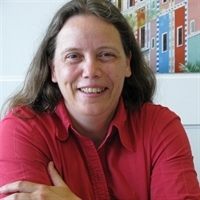