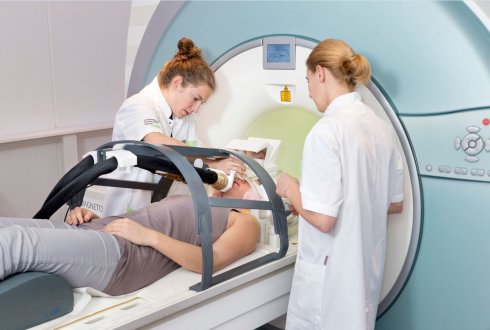 Despite a diminished or even fully lost sense of smell, the brain continues to react to olfactory stimulation. This was shown in research by the Smell and Taste Centre among 48 patients with a smell disorder. The study indicates that various brain networks respond to odours, not just the olfactory areas in the brain. The research findings were published in the specialist journal Human Brain Mapping.

​The research results show that various areas in the brain cooperate as a network to sense odours. Besides the olfactory networks, the brain regions involved in sniffing are also active when odours are present in the nose. When sniffing pure air, brain activity occurs in the olfactory regions even without there being any odours in the nose.

These results suggest that the nerve pathways which report the presence of odours in the nose to the brain still work in people with smell disorders. The cooperation of various brain regions and stimulation of brain activity via odourless air can possibly lead to a treatment for smell disorders.

The conclusions of the study are relevant to patients with smell disorders. In various population groups, some five to 20% have lost the sense of smell, a percentage which increases with age. It may be possible to (partially) repair the lost sense of smell in the future via better treatments, such as more effective smell training. The Smell and Taste Centre, established as a collaboration between the Dutch hospital De Gelderse Vallei and Wageningen University & Research in the Nutrition & Healtcare Alliance, recommends focusing future research on treatment options for patients with smell disorders.

The 48 participants were carefully selected from a group of 124 patients with a lost sense of smell in order to exclude any disruptive factors. This was based on various selection criteria including the lack of a neurological affliction such as Alzheimer's or head trauma.

The sense of smell of the test subjects was determined based on three tests: sensing odours (threshold), distinguishing different odours and recognising and identifying specific odours. Combining the results of these validated tests led to a total score for the patients' sense of smell. The test method showed 29 test subjects were unable to smell, while the others had a diminished sense of smell. It was the first time that research into the activity of brain networks was performed among test subjects without a sense of smell.

The brain activity was determined by means of functional Magnetic Resonance Imaging (fMRI) which creates a three-dimensional image of the blood circulation in the brain.