In a paper published today in the scientific journal PlosONE scientists from Wageningen University in the Netherlands demonstrate the tremendous importance of dietary fat as a regulator of gene expression. Via a combination of several nutrigenomic tools Linda Sanderson and her colleagues reveal that dietary unsaturated fatty acids govern a huge number of genes and do so almost entirely via a special receptor called PPARa.

PPARa, which stands for Peroxisome Proliferator Activated Receptor alpha, is a receptor that can be found in numerous tissues, including liver, heart and intestine. It reacts to certain drugs by turning on specific genes, yet can also respond to fatty acids and fatty acid look-a-likes. Activation of PPARa is known to lower levels of triglycerides in blood, providing a rationale for their use in patients suffering from altered blood lipid levels.

In their nutrigenomics study, the research team led by Linda Sanderson fed mice individual fatty acids in the form of synthetic triglycerides. Using a technique called microarray, which allows for monitoring the expression of thousands of genes simultaneously, they were able to determine exactly which genes are turned on in the mouse liver and which ones are turned off. The researchers found that the fatty acid DHA has the most significant impact and changes the expression of around 600 genes. DHA is found in fatty fish and fish oil and has been associated with numerous health benefits, including lowering of plasma triglycerides and decreasing blood clotting.

The  most remarkable about the study is that the effects of unsaturated fatty acids are almost entirely lost in mice that lack the PPARa receptor.From the literature it is known that numerous receptors can supposedly bind fatty acids and turn on genes. Most of these receptors belong to the family of the so called 'nuclear hormone receptors', which includes receptors that bind steroid hormones and fat soluble vitamins. However, it was unknown how important they are in an actual living animal. The new data show that PPARa is by far the most important.

Until now, all nutritional interventions with dietary fat in either mice or human subjects involved a mixture of fatty acids. For that reason, it has been very difficult to draw clear conclusions about the effects of individual fatty acids. The mixed nutritional/pharmacological intervention with synthetic triglycerides pursued by Sanderson and colleagues represents a creative and novel way to study the molecular effects of dietary fat. They expect that their approach will set a new standard for many future nutrigenomic studies. 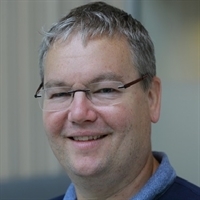 More on this subject