Formation of an adult plant body starting from a single cell is not a trivial task. For tissues and organs to be assembled into a particular shape with a given function, individual cells with specific functions must be generated and precisely positioned within a multicellular context. In this project, we aim to understand how plant cells establish a coordinate system, or a sense of direction, that guides their behavior during development.

The development of multicellular plants from a single cell into a functional adult body with a characteristic morphology requires an astounding degree of spatial coordination. Cells with different shapes and functions must be generated and precisely positioned to form tissues and organs along complex body plans. Plant cells, unlike their animal counterparts, are unable to move away from where they were formed by cell division, locked in place by a rigid cell wall. This implies that orientation of cell division is the critical mechanism to ensure to different cell types are formed at the appropriate place. So how do cells know in which orientation to divide? A critical aspect lies in the ability of individual cells to acquire a sense of direction, which occurs via the establishment of cell polarity. In a polarized cell, cellular components are unequally distributed along at least one directional axis, leading to the functional partitioning of the cellular space into ‘sides’ or domains (e.g. top and bottom). Thus, polarity establishment endows cells with an internal compass that can be interpreted by the cell division machinery and numerous other cellular processes. Previous studies have shown that establishment of cell polarity axes in the model plant Arabidopsis thaliana occurs shortly after fertilization and prior to the early formative cell divisions that give rise to most distinct cell types present in mature plants. However, the molecular mechanisms responsible for establishing polarity in early embryos and for integrating the spatial information encoded by polarity with cell division orientation remain elusive.

Aim of the Project

Our project seeks to address how plant cells establish polarity axes, and how polarity instructs the orientation of cell divisions during development. To identify genes involved in these processes we employ a forward genetics approach and screen a mutagenized population for mutants with altered cell polarity or cell division orientation. We use the early embryo of Arabidopsis as a model system due to its morphological simplicity and predictability in cell division orientation, where altered polarity and cell division pattern are easily identifiable. We further aim to understand the evolution of asymmetry generation machineries by analyzing the function of conserved factors identified in the screen in other model plants such as Marchantia polymorpha. By identifying and characterizing conserved factors involved in such core developmental processes we hope to further our understanding on how complex plant bodies are formed.

Do you have a question about polarity establishment in plant embryos, or would you like to join us as a student researcher? Please contact us. 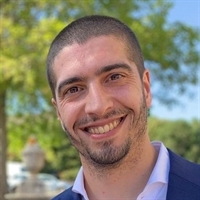