A largely unexplored question in biology is how hormone response networks emerged during evolution. In this project, we target this fundamental question by studying the origins of the auxin signalling pathway from plants. Our main focus is to reveal the ancestral molecular mechanisms of the auxin response factor-like (ARF) proteins from charophyte green algae. We combine biochemical and genetic approaches to characterise the structure, regulation and biological functions of these proteins using Penium margaritaceum as a model system.

One of the mechanisms that living organisms have developed during evolution to cope with a constantly changing environment are hormone signaling pathways. Hormones act like messengers between cells that tell them what is happening elsewhere and how they should respond.

Among hormones, auxin with the most wide spread in nature been Indole-3-acetic acid (IAA) is a master coordinator of plant growth and development. Auxin regulates multiple outputs mainly by controlling the activity of thousands of genes in flowering plants through the nuclear auxin pathway.

The canonical nuclear auxin pathway consists on the perception of auxin by TIR1/AFB F-box proteins, which are receptor subunits of ubiquitin ligases. When auxin is present in the cells, the hormone acts as a molecular glue between TIR1/AFB and its target substrates, the Aux/IAA transcriptional repressor proteins. This interaction triggers the subsequent ubiquitin-dependent degradation of the repressors. Instead, at low auxin concentrations Aux/IAAs bind to and repress the activity of DNA-binding ARF transcription factors. Thus, auxin regulates this system by promoting proteolysis of Aux/IAAs and by releasing ARFs from inhibition which leads to changes in gene expression. This auxin-dependent tunable system is deeply conserved among land plants from liverworts to flowering plants.

Recent deep phylogenetic analysis that aimed to reconstruct the ancestral states of the gene families that orchestrate the auxin response system revealed that its origins may date back over half a billion years. Our team found in the algal sister clade of land plants, the Charophytes, ARF-like protein homologs (Proto-ARFs). These proteins have predicted DNA-interacting amino acids and structures very similar to land plant ARFs. However, the predicted algal Aux/IAA and TIR1/AFB counterparts lack the critical residues to interact with auxin. Hence, our current hypothesis is that a fully functional auxin response system probably evolved by innovations of pre-existing auxin response factors (Proto-ARFs) that allowed them to be regulated by a hormone upon establishment of TIR1 and Aux/IAA proteins.

In this project, we aim to assess this hypothesis with biochemical and genetic experiments using Penium margaritaceum (hereafter referred as Penium) as a charophyte model system. The findings gathered in this research will contribute to understand if the biological processes regulated by an ancestral transcriptional machinery are related to the processes regulated by auxin in land plants. Besides, it will help to reveal if the nuclear auxin pathway is one of the key innovations that contributed to the water to land transition of plants.

We aim to address the following questions:

Do you have a question about the evolutionary biochemistry of the auxin signaling pathway, or would you like to join us as a student researcher? Please contact us. 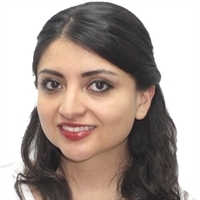 Do you have a question about the evolution of auxin signaling? Please contact: VP (Vanessa Polet) Carrillo Carrasco MSc
Contact form + Show more (1)