CRISPR is an adaptive bacterial immune system. Here, we study the how CRISPR functions in the novel type V system and how we can harness it for genome editing purposes.

Around us there is a warfare between creatures so small that we cannot see them by eye. A warfare consisting of bacterium and viruses. Viruses are selfish genetic elements that thrive to infect and multiply. Multiplication of viruses often leads to host cell death, in this case bacterial cell death. To avoid cell death, bacteria try to fend off viruses as much as they can. One of the way bacteria fight viruses is via CRISPR (Clustered Regularly Interspaced Short Palindromic Repeats), a bacterial adaptive immune system. A bacterium first acquires a piece of DNA from an invading virus and stores it in the CRISPR locus on its genomic DNA as a piece of memory. Then it expresses this piece of memory as a crRNA guide (CRISPR RNA), ready to target the invading virus. When the bacteria finds the virus, it will bind to the viral DNA with its crRNA and cleave it, eliminating the virus from the cell.

Recently new CRISPR systems have been discovered containing different characteristics, one of these systems is CRISPR type V which is the main focus of the project. The project is split into two parts, a fundamental and an applied part. The fundamental part consists of understanding how the initial stage of system functions, i.e how does it acquire immunity. We would also like to know which proteins are involved in immunity acquisition and what the role of these proteins are.

For the applied part, we are interested in applying the nuclease from type V system, Cas12a for genome editing. Different methods will be used with Cas12a and genome editing efficiencies will be evaluated in order to pick the best method. Having a high efficiency in genome editing will enable us to be able to do multiple gene edits in one go.

Depending on the project you get, you will learn and the following techniques. Molecular cloning, genome editing in E. coli, growth experiments in E. coli, plasmid loss assay, flow cytometry analysis, in vitro cleavage assays.

Are you an enthusiastic Bsc or Msc student that want to learn more about CRISPR? Interested in doing a thesis in this project or maybe just want more information? Feel free to contact me via e-mail: wen.wu@wur.nl. 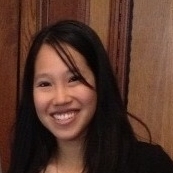