Syngas is a gaseous mixture of CO, H2 and CO2 that can be utilized by microbes. Here, we focus on metabolic engineering of these microbes for production of industrially relevant building blocks.

Syngas is a gaseous mixture consisting of primarily CO, H2 and CO2 and can be formed from any (waste) carbohydrate source by gasification. This includes materials currently inaccessible to other technologies (e.g. lignin). CO is also produced as a waste gas in many industries (e.g. steel) and can serve as cheap feedstock, which would otherwise be released in the atmosphere an contribute to global warming.

The aim of this project is to target production of chemical building blocks that are currently dependent on chemical synthesis from petroleum, in particular volatile building blocks. Volatile compounds are especially interesting because of easier product recovery from the fermentation broth. These compounds serve as precursor for many industrial needs, such as plastics, rubbers, and various pharmaceutical and agricultural applications.

Acetogens are a class of bacteria well known for their ability to use CO and/or CO2 with H2. However the natural product spectrum of these microbial catalyst is rather limited, requiring expansion through metabolic engineering strategies. Recently advanced genome editing tools such as CRISPR-Cas9 have been demonstrated in acetogenic bacteria, allowing us to express and optimize heterologous pathways for synthesis of novel compounds and elimination of competing pathways.

Multiple techniques may be used during your project, including molecular cloning, heterologous gene/protein expression, in vitro enzyme assays, genome editing (e.g. CRISPR) and (anaerobic) growth experiments with our E. coli and acetogenic workhorses. 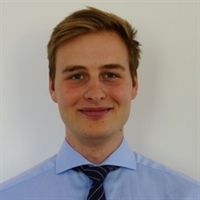