Microorganisms such as sulfur reducing bacteria, methanogens and acetogens use methylated compounds in their metabolism. This project aims to elucidate the interactions between these organisms in the Black Sea.

Methylated compounds, such as methanol, trimethylamine and dimethylsulfide, are small molecules with no carbon-carbon bonds. They are often end products of fermentative processes or used as cellular regulators in osmosis by many marine organisms. As such, marine systems such as the Black Sea, are rich in these compounds. It is therefore expected that many microorganisms from this environment are able to utilize these compounds in their metabolism. The main characters in these processes are sulfate reducing microorganisms, methanogens and acetogens. However, there is much to be learned about the interactions between these organisms in the presence of methylated compounds. Do they compete? Are they able to form mutualistic interactions?

This project aims to elucidate the fate of three specific methylated compounds – methanol, trimethylamine and dimethylsulfide – through the utilization by anaerobic microorganisms. This will be approached through three different methodologies. First, sediment and column water collected from the Black Sea will be used to enrich for microorganisms capable of utilizing methylated compounds, with the specific end goal of isolating and characterizing novel species. Secondly, using the same Black Sea column water and sediment as source for culture-independent metagenome sequencing, an in-silico analysis of the genetic potential will be performed. Finally, by using defined species synthetic co- tri- and multicultures will be constructed where their interactions and physiology in the presence of methylated compounds can be studied in detail.

Through this research, more knowledge of the biogeochemical cycles of carbon and sulfur will be obtained. This has an impact on the understanding of the formation of gasses that cause climate change such as methane and CO2 by anaerobic marine systems. Furthermore, microorganisms capable of converting simple molecules such as methylated compounds can be interesting for biotechnological use to convert low-cost feedstocks into high-value products. 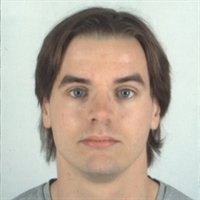