We want to study the influence of antibiotic use early in life on the gut microbiota and the links with later health outcomes.

As the microbial community is established simultaneously with the cognitive-, digestive and immune systems of a baby, it could play a crucial role for the child’s health status. The babies’ first encounter with a dense bacterial population happens during birth. Feeding mode is also a key discriminator in shaping the infant’s intestinal microbiota composition. Other influential early life conditions include gestational age, labour duration, antibiotic use and the surrounding environment.

Antibiotic use has a significant impact on the intestinal microbiota. In adults it can cause a transient or persistent disruption of the otherwise relatively stable mature gut microbiota and it’s metabolism. General antibiotic use in The Netherlands is one of the lowest worldwide, but prevalence is the highest in elderly and infants. This administration early in life thus raises questions about the impact on the microbial development later in life, possible alterations to the complete microbial community and subsequent health implications.

The INCA-study includes 300 children that were treated with antibiotics within their first week of life and 150 healthy, untreated, controls. This dataset will provide more information on the influence of antibiotic use early in life on the gut microbiota and the links with later health outcomes. With samples available from the parents and longitudinal faecal samples of the infants, this dataset offers the additional possibility to investigate the antibiotic effect on the parental transmission of micro-organisms and the development of bacteria, with key species like Bifidobacterium, fungi and viruses during their first 2 years of life. 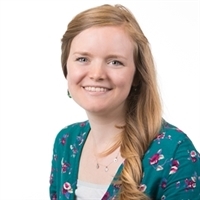