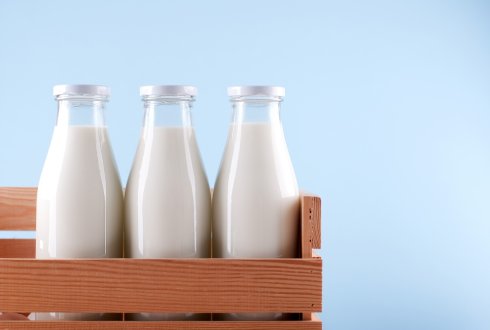 Healthy nutrition at a young age can have lasting health benefits. Wageningen University & Research scientists found a positive causality in female mice between the intake of a mixture mimicking lactose in the period after breastfeeding and better health at a later age. Both body weight and fat mass were considerably lower among female mice that had been given galactose during the postweaning period. Lianne Bouwman, Evert van Schothorst and fellow researchers published these findings in The Journal of Nutrition.

The effects of breastfeeding have been studied extensively. It has been shown, for instance, that breastfeeding is positively associated with health in offspring. For their research, Bouwman, Van Schothorst and colleagues instead focused on the impact of nutrition right after breastfeeding (the postweaning period). They set up an experiment with young mice, where one group was given a mix of galactose and glucose (mimicking lactose) for three weeks and the other received a comparable diet that did not contain galactose.

Healthier and lower chance of obesity

After these three weeks, the mice were given a ‘western’ diet with high fat, so as to measure how the two groups would respond. The differences are striking: the female mice that were given galactose in the postweaning period had lower body weight (-14%) and fat mass (-47%) than other female mice. Insulin signalling and insulin resistance, both indicators of health, were also more positive in the former group. The same trends were noted in male mice, but not to a significant degree.

The publication therefore suggests that the intake of galactose at a young age can have health benefits for women later in life. Future research is needed to clarify the mechanisms behind this effect, and whether it applies to humans as well.