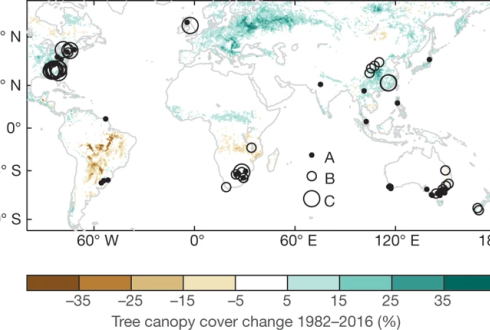 An article of Ryan Teuling and Anne Hoek van Dijke: Forest age and water yield, has been published in 'matters arising' section of Nature 578, E16–E18 (2020).

Planting and removal of forest affect average streamflow (also referred to as water yield), but there is ongoing debate as to what extent this long-term difference between precipitation and evapotranspiration is modulated by local conditions. A recent paper by Evaristo and McDonnell introduces a conceptual vegetation-to-bedrock model to explain variability in reported streamflow responses to changes in forest cover based on an analysis of seven factors that describe climate, soil properties and catchment size. Their analysis excludes well known controls—such as the percentage of catchment area under change, forest type and time since afforestation—that we show here to be important. By excluding these primary controls, Evaristo and McDonnell risk attributing water yield response to co-varying secondary controls rather than to the underlying causes.