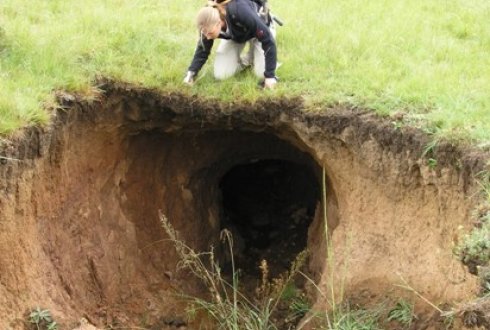 The PhD project in South Africa focussed on vegetation-soil-landscape interactions on the 100-ka timescale.

Fieldwork in 2004 and 2005 and subsequent Optical Stimulated Luminescence dating has led to a hypothesis of landscape evolution in the area. Modelling efforts attempted to detail the implications of this hypothesis, and where possible improve it.

» Poster: Fieldwork - model combinations : a next step in geomorphology?

An objective cell-by-cell quantitative comparison of model results with reality was not possible, but comparing with the assumed paleo-DEM gave a Model Efficiency Factor of 0.23.
Model results were used to illustrate some of the possibilities that fieldwork-modelling combinations offer. Prominent among those is the possibility to fill in the blanks of a stratigraphical record and to not only establish the dominant process at a certain time and place, but multiple process activities.

This study increased the interest in multi-process landscape evolution modelling, by itself and in combination with fieldwork. How should we let processes interact over long timescales? How can modelling and fieldwork support each other, perhaps in iterative ways?