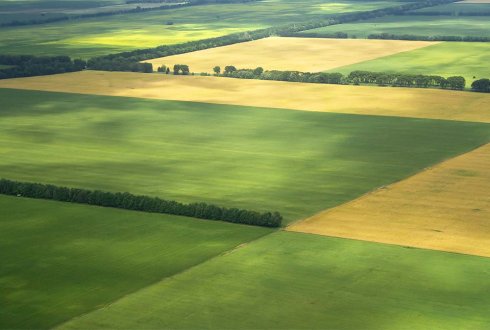 There has been a great deal of discussion about the use and extension of the approval of use of glyphosate as a herbicide. Glyphosate is the most used herbicide in Europe. In 2016 the approval by the European Commission for the use of this agent expired. However, an extension of approval of use is currently being discussed. One of the conditions of this is that the agent cannot have a negative impact on the health of people, animals and the environment. Yet, little attention has been given to the presence of glyphosate in agricultural soil as a result of the broad use of this agent in agriculture. A scientific publication written by an international group of scientists led by Wageningen University & Research has recently been published in the journal Science of the Total Environment. This article contains the details of more than 300 soil samples taken from agricultural land in ten European countries.

This study showed that 45% of agricultural land in Europe contains glyphosate and AMPA, the most stable degradation product of glyphosate. The presence and concentrations of AMPA were higher than that of glyphosate with some measurements as high as 2 mg per kilogram of soil. (There is no official standard for soil. For drinking water the standard is a maximum of 0.1µg per litre.) ‘Glyphosate and AMPA are highly persistent once they are attached to soil particles. This increases the risk of environmental contamination through factors such as wind erosion or washing away of contaminated soil,’ explains Professor Violette Geissen from Wageningen University & Research and co-author of the above-mentioned study. ‘If glyphosate is used in areas with strong wind erosion, people can also be directly exposed to the agent. Because glyphosate attaches to minute particles it can easily be inhaled by people or animals.’

Traces of glyphosate in soil

In addition to the wind factor, glyphosate and AMPA can also attach to soil particles and leech into the surface water. In 2012, Horth analysed more than 75,000 samples of surface water taken from all over Europe. Glyphosate was found in one third of the samples in concentrations sometimes exceeding 300 µg per litre. AMPA was found in half of 57,000 analysed samples in concentrations sometimes exceeding 200 µg per litre. (To reiterate, the standard for drinking water is 0.1 µg per litre. However, not only surface water is contaminated. In 2013, Hoppe et al. showed that 44% of urine samples taken from 180 people in 18 European countries contained glyphosate. According to Violette Geissen, ‘This leads to the conclusion that the European Commission also needs to set standards for glyphosate and AMPA in soil and surface water as quickly as possible. The potential negative effects on soil biodiversity, aquatic life and people after being exposed to these substances are manifold. Considering the high levels of traces of glyphosate we found in soil across Europe, it is not prudent to extend the approval of glyphosate.’