In cocoa cultivation pruning is considered an essential yield-enhancing practice but its effects on cocoa tree growth and yield, and how these are mediated by tree size and competition are poorly understood.

Here, we evaluate the impact of experimental pruning on: light interception, leaf flushing and the number of flowers and of developing, wilted and harvested pods. The pruning treatment removed an average 26.4% of cocoa tree aboveground biomass and was aimed to create an open cup-shaped crown. Stem basal area and sum of neighbor tree basal area were used as proxies for tree size and tree competition, respectively. All response variables were analysed at tree level as a function of pruning, tree size and tree competition using generalized linear mixed effect models.

After one year, pruned trees recovered initial losses in whole-canopy light interception but maintained a more uniform distribution of light in the canopy. Pruning directly increased flushing activity, while the effect on the other variables was mediated by the interaction with tree size and competition. Pruning increased the positive effect of tree size and competition on flower number and similar effects were found for small pod number. The latter effect was counterbalanced by an increase of pod wilting in pruned trees under high competition, resulting in similar numbers of large and harvested pods on the stem in pruned and unpruned trees. For pods in the canopy, pruning did enhance the positive effect of tree size and strongly reduced the negative effect of competition on pod number. As canopy pods made up 60% of the total, similar pruning effects were found for the total number of harvested pods. The predicted net effect of pruning on the number of harvested pods varied greatly with tree size and competition, ranging from -58% for small trees under low competition, to +150% for large trees under high competition. This large variability stresses the importance of individual-level analysis to quantify pruning effects and calls for more attention to individual tree characteristics in training and practice of cocoa pruning. The pruning-induced reduction of negative competition effects suggests that pruning can contribute to realizing high-density cocoa stands. 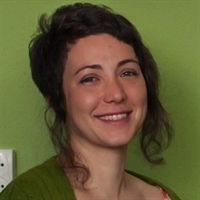