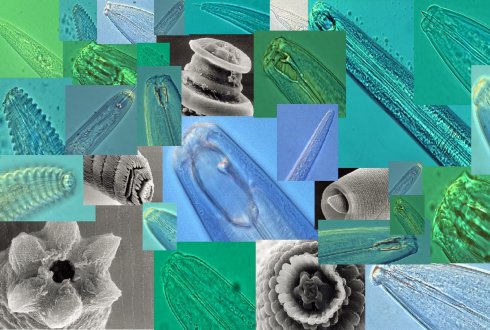 The genus Tylencholaimus de Man, 1876 is a frequent genus in most soils (rarely aquatic) and has a world wide distribution.  At present it includes about 52 valid species, all are stout but also small sized (<1 mm), have a cap-like head, a weak odontostyle and a knobbed odontophore. The species T. minimus, described from the Netherlands by Dr. J.G de Man, can be found in Europe, Asia and North America. The species name refers to it’s very small body size. It also has a one ovary, a disc-shaped perioral region, a abruptly enlarging pharynx and a broadly rounded tail end.