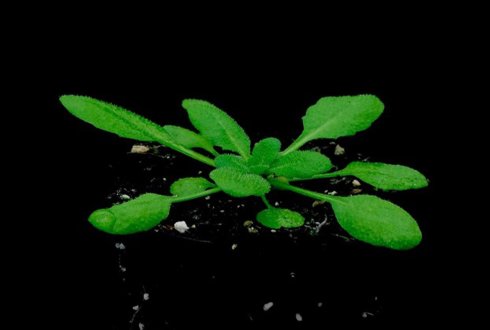 Proteins that function at different sites in the cell have to folded properly and targeted to the right location. Proteins that enter the secretory pathway are first imported into the ER and subsequently distributed over the ER, Golgi, peroxisomes, vacuole, plasma-membrane or apoplast.

We are studying two aspects of this protein transport: the correct folding of a protein once it enters the ER and the targeting of secreted proteins to different locations. For protein folding in the ER, addition of glycans to the protein (N-glycosylation) is an important modification: most secreted proteins are modified by N-glycans which are supposed to aid protein folding, help direct polar secretion of proteins, and glycans function protein folding quality control. When too many misfolded proteins accumulate, cells respond with a specific Unfolded Protein Response (UPR) consiting of several branches (e.g. enhancement of the ER associated degradation of misfolded proteins). Because of the high turnover of misfolded proteins, protein folding directly affects protein accumulation yield. Identification of generic and specific protein folding factors is used to improve the effectiveness of gene expression manipulations (e.g. terpenoid biosynthesis gene overexpression, storage protein accumulation in seeds, production of therapeutic proteins like antibodies in  plants).

To study glycosylation in plants we have identified different glycosylation mutants. Some of these mutants have an intriguing phenotype: signaling between mutant pollen and ovules is specifically affected, preventing fertilization of mutant ovules by mutant pollen. In collaboration with Phytopathology, we use glycoproteomics to study the distribution and changes in glycoproteins in ER and Golgi in relation to plant pathogen interactions. To study the process of proteins secretion in general we use genetical genomics to map branches of the UPR from eQTL data. We use glycoproteomics to map specific changes in the glycoproteome in response to overloading the ER secretion system by overexpression of specific secreted proteins (e.g. human antibodies, terpenoid biosynthesis genes).