More sustainable fertilisation of soils for grain cultivation is possible, reaching a similar production on a global scale. Rich western countries should use less nitrogen fertiliser and poor countries should use more. This is the conclusion of an international partnership of scientists — including WUR researchers — conducting research commissioned by the United Nations Environment Programme (UNEP).

The researchers based their findings on an analysis of 25 long-term field trials with cereals. This data was used to create a model that takes into account the benefits and costs for both agriculture and society. The study has been published in the renowned scientific journal Nature Food.

"Such global analysis of long-term studies had not yet been done before," says co-author Renske Hijbeek of Wageningen University & Research's Plant Production Systems group. Indeed, the optimal nitrogen use for cereals, the world's most important food crop, is usually determined with short-term field trials. "In the short term, the history of an arable field and the history of previous fertiliser rates play a major role for crop yield. The calculated optimum is therefore not representative for the longer term. In longer-term field trials a balance exists between fertiliser use and soil fertility and you get a more accurate picture."

Researchers worldwide supplied data from 25 such long-term studies. Among them is the famous wheat research in Rothamsted (UK) that has been running for 180 years. "Fortunately, all these field experiments could be merged. We managed to create one formula — a generic response curve — and then use economic models to calculate the optimal nitrogen rate."

Using a simple economic approach, the researchers determined optima not only for grain producers, but also for society as a whole. As such, not only the need for a reliable food supply was considered, but also the costs of environmental pressures such as nitrate leaching, soil depletion, and ammonia emissions. How much these environmental costs weigh on a society depends on the prosperity of a country. In less prosperous countries, sufficient food supply has a higher priority.

If you assess sustainability in this manner and search for an optimum that balances the costs and benefits for both grain producers and society, you find, on a global scale, areas that currently use too much fertiliser, and areas where too little fertiliser is used.

In general, according to the researchers, the surplus countries are concentrated in the rich West. Farmers in poor regions, such as Sub-Saharan Africa, should use more fertiliser to reach the agricultural and social optimum.

The difference between the conclusions of short-term field trials and field trials over a much longer period is striking. "In many poor areas, soil depletion is now occurring due to under-fertilisation. As a result, the crops are now extracting more nitrogen from the soil than is warranted."

When including social costs of environmental damage due to over-fertilisation, the optimum nitrogen rate for wheat production in richer countries is lower than the current standard. Taking such social costs into account would, for example, reduce the optimal nitrogen rate for wheat in the Netherlands by 40%: from about 157 to about 90 kg nitrogen per hectare. However, Hijbeek emphasises that the study is a food system analysis. This cannot be translated into direct advice for one farmer or one region.

The research is part of the International Nitrogen Management System project, funded by UNEP. The method of analysis used by the researchers — long term, inclusion of all costs and benefits — is intended to support UNEP, the European Commission and governments in the formulation of more integrated policy. Globally, it is believed that the food supply of half the population now relies on artificial fertiliser nitrogen. 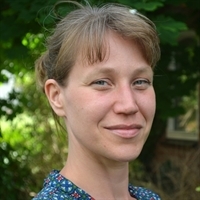 Do you have a question about this research? Ask our experts: dr. R (Renske) Hijbeek
Contact form + Show more (1)