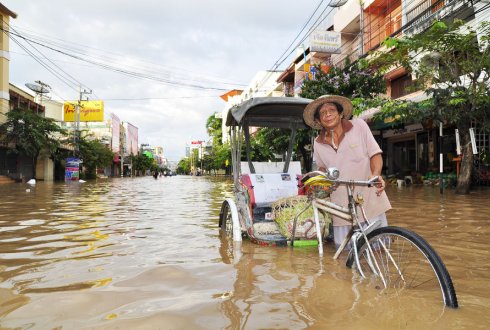 The Environmental Policy Group researches the fragmented architectures and networks of climate governance, including changing relations between states and markets, and public, private, and hybrid sources of authority. It is concerned with assessing the equity and effectiveness of varied, continually multiplying, climate governance arrangements, and with scrutinizing the potentially novel challenges entailed in the need for anticipatory governance of pluralistic climate futures.

As described briefly below, our current focus is on five broad-ranging and timely topics: securing transparency and accountability of multilateral climate action; contemplating climate engineering and its governance; REDD+ as a forest-based climate mitigation option; carbon trading in the Global South; and climate-related migration in a digital age.

First, we investigate the central role of information and transparency in governing climate change. Is more transparency always better, and does disclosed information empower and help to further accountability, as is often assumed? ENP research deploys a critical perspective on how transparency becomes a new site of political and power conflicts in this realm, with implications for accountable and effective climate governance.

Second, we examine multilateral climate negotiations and arrangements, including the new climate mitigation mechanism of REDD+ (Reducing Emissions from Deforestation and Forest Degradation), wherein developed countries compensate developing countries for reducing carbon emissions from deforestation or forest degradation. ENP is a co-founder of the REDD@WUR network at Wageningen, consisting of 80 researchers in about 30 countries working on various REDD+ questions.

Third, we examine the bottom-up development of market-based climate mitigation instruments, such as emission trading systems and (voluntary) carbon off-set mechanisms, with a current focus on (Southeast) Asia. Increasingly, these developments emerge from domestic political economic drivers rather than centralised efforts stemming from the multilateral climate regime. This raises questions about the effectiveness, legitimacy and accountability of such fragmented arrangements, the role of diverse actors therein, and the possibility of regionally networked carbon markets.

Fourth, we are now beginning a critical engagement with growing debates around climate engineering, including whether governance should even be contemplated.

Fifth, we analyse the dynamics of ICT-enabled environmental and climate migration, with a focus on climate vulnerable regions of the Global South.