ENP-research is strongly anchored in social theory. Not only does the group use theoretical concepts and perspectives from sociology and political sciences, it also aims to actively contribute to the development of new theories and concepts useful for analyzing environmental governance and management.

Training for our PhD-researchers in social theory is organized on a regular basis.

As illustrated in the figure below, our research focuses on contributing to the further development and articulation of a limited number of theories and models. Four overarching theories have a central place in general theory development within ENP:

In addition, a larger number of more specific research models and theories (the wider circle in the figure) are also co-developed by ENP researchers.

Ecological Modernization Theory (EMT) starts with the recognition of ecological interests, ideas and considerations taking central place in social practices and institutional changes in many (predominantly OECD) countries since the 1980s. Based on the observation that in most of the ecologically advanced nations a de-linking occurred between the long established trend of parallel economic growth and increasing ecological disruption, EMT studies the social dynamics behind this emergence of actual environment-induced transformations of institutions and social practices. The ecological perspective becomes an independent force challenging the monopoly of economic rationality in the political, institutional and socio-cultural domains, as well as in the domain of production and consumption. EMT offers a conceptual framework to study the social mechanisms, dynamics and actors through which social practices and institutions are transformed by the incorporation of environmental interests and considerations. Whereas EMT concentrated initially on studying environmental changes in the OECD countries, this is supplemented since the mid 1990s with research in Eastern Europe, Southeast Asia, Latin America and Africa.

Sociology of Networks and Flows

Sociology of Networks and Flows constitutes the other part of ENPs theoretical core and is essentially based on the understanding that the structure and governance of (material) environmental flows is fundamentally changing in the context of globalization. The networks characteristic for global modernity constitute a new way of organizing time and space in social practices next to the more familiar place-based organization of social life. The different dynamics between the global networks and flows and locally structured social practices is addressing environmental governance in previously unknown ways. Studies in particular empirical fields apply this theoretical core in combination with one or more of the following complementary theoretical perspectives:

Political modernization and policy arrangements: the (environmental) political domain of society is undergoing a comprehensive process of change. Top-down, centralized and hierarchical styles of environmental governance are being replaced by decentralized, flexible and consensual ones. In combination with the inclusion of different non-state actors in tasks that were conventionally considered governmental and the shift towards sub- and supranational levels of governance, innovative policy arrangements are emerging. Political modernization theory studies the actors and their coalitions, the division of power, the rules of the game, and the discourses and programs in these innovative policy arrangements. This approach combines analyzing these changes in the political arena with an understanding of the more comprehensive developments in the wider economic, social and cultural arenas.

Contributing concepts and theories of ENP

Triad Network model: In studying socio-ecological transformations in industries (but also in other practices) the ENP groups has developed a triad network model, consisting of three interdependent networks: a policy network, and economic network and a societal network. Each of these networks constitutes a combination of a specific analytical perspective, distinctive institutional arrangements and a restricted number of interacting (collective) actors, which are considered to be most important regarding that perspective. Within policy networks, interactions between and institutions involving state organizations and industry are emphasized from primarily a political-administrative perspective. In the same way, economic networks basically focus on economic interactions via economic rules and resources between economic agents in and around an industrial sector. And societal networks aim at identifying relations between an economic sector and civil society organizations associated with the life world, both directly and indirectly via state agencies. It should be remembered that these three networks are only distinguished in order to conceptualize different mechanisms of and perspectives on environment-induced institutionalization, transformation and reproduction. In reality, the actors and institutional arrangements found in the three different networks closely interact.

Theory of social practices: social scientists study the social construction and societal embedding of environmental goals and principles and the different roles that key actors play in bringing about environmental change. By focusing on social practices they offer insights in the situated, contextual nature of individual behaviour, while at the same time acknowledging human agency. Particularly transitions towards sustainable consumption can be studied by analysing actual, practical, routinised behaviours connected to norms and values and to power relations, interdependencies and structural constraints embedded in social practices.

Arcadian view on nature: the point of departure is the acknowledgement of a diversity among people and on the values they attach to nature. Within this diversity, two movements can be traced. The first within a scientific-technological tradition, viewing nature as an instrumental resource, and the second as an arcadian tradition, valuing nature for emotional, moral, aesthetic and scientific reasons. Studying these approaches will contribute to improved nature conservation policy that takes seriously the different nature conceptualisations and practices in the life-worlds of people involved.

Risk society theory: continuing scientific and technological developments in contemporary societies may result in new risks, thereby transforming what used to be considered side-effects of progress into challenges confronting the fundamental basis of society itself. These modern risks are inescapable, but the central institutions in contemporary Western societies (science, technology and the welfare state) seem increasingly incapable of dealing with them in a re-assuring manner because they are themselves responsible for creating them in the first place. People are forced to evaluate and modify their daily behaviour in the light of a continuous flow of information stemming from different (and often disagreeing) scientific experts, as well as from politicians, media and NGOs. Risk society theory reviews the way people handle risks, trust, scientific expertise and political responsibilities from the perspective of reflexive modernity.

Political ecology: based on the understanding that unequal power relations between different (parts of) societies affect the natural environment. The approach combines insights from political economy with its insistence on the need to link the distribution of power with productive activity and ecological analysis, with its broader vision of bio-environmental relationships. The perspective facilitates contributions from different sciences: ecology, social sciences and political economy. Particularly applied in studying land degradation and the management of biodiversity.

Transition theory: increasing sustainability may occur through incremental innovation and system optimisation, but also via organised transformations at the system level. Most modern technologies are embedded in larger network-bound systems combining them with social actors managing, using and regulating these systems. Studying the evolution of these systems should move away from single technological artefacts towards the whole complex socio-technical system. These large technical systems are characterised by inertia through path dependency or lock-in effects resulting from infrastructures and routines. Technological change is always the result of interactions within a network of social actors resulting in evolutions at different levels. Changing complex systems implies a transition, i.e. a multifaceted process of co-evolution involving different social actors, technological innovations and organisational settings. Transition theory draws attention to the multi-layered context of socio-technical systems which are stabilised by technological regimes that coordinate the activities of social actors and encompassed by the macro socio-technical landscape that frame their context. The presence of dynamic interaction between the multiple levels offers several options for transitions towards sustainability. At the micro-level niches may allow deviation from the rules in existing regimes and offer opportunities for technological and market innovations. Transitions are also possible through organised regime change by government intervention or private companies.

Modernized Mixtures Model: sustainable development of urban environmental infrastructure provision in developing countries in the 21st century should be the introduction to a mix of scales, strategies, technologies, payment systems and decision-making structures, that better fit the physical and human systems for which they are designed. When working with such organized eclecticism, or modernised mixtures, new configurations become feasible that represent the low cost, accessible and robust performance of decentralised systems with the economies of scales and high urban density/capacity characteristics of centralised systems. Different modernised mixtures, adapted to the specific local social and technical conditions result from integrating natural and social science knowledge with respect to all relevant dimensions. 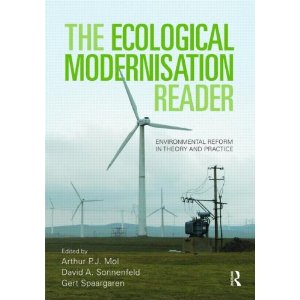