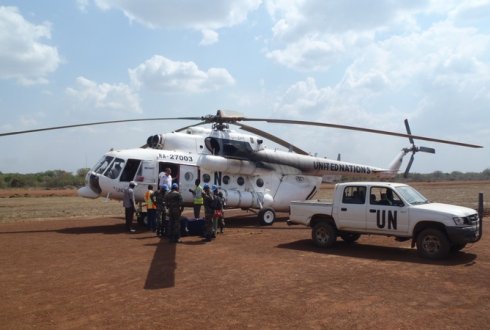 The Special Chair Humanitarian Aid and Reconstruction researches the multiplex ways in which people, institutions, societies and aid interventions respond to conflict and disaster and how this relates to processes of development.

The Special Chair Humanitarian Aid and Reconstruction studies responses to crises caused by natural disaster, conflict or political instability and processes of reconstruction after disaster or in post-conflict situations. Violent conflicts, today, are fewer than in previous decades. Yet, many of the on-going conflicts – like in Somalia, Afghanistan and Democratic Republic of Congo - tend to be prolonged and oftentimes recur within years of achieving peace. Natural disasters appear to be on the increase and their effects are often exacerbated through the interplay of climate change, environmental depletion and vulnerability.

Our times are also marked by the rapid development of response mechanisms. These easily get caught up in the dynamics of conflict and disaster, producing unforeseen results. Humanitarian aid started its modern history in the 19th century, yet has been evolving and restructuring considerably in the last 20 years. Peace building and reconstruction initiatives have become more robust since the end of the Cold War and are increasingly framed in languages of human rights or human security. Disaster response increasingly becomes pro-active with attention to disaster risk reduction mechanisms that aim to reduce people’s vulnerability to natural hazards.

Our research focuses on questions of how actors shape and respond to the conditions of conflict and disasters. This ranges from local actors in hazard or war affected areas, such as households, entrepreneurs, service providers, political leaders and their contestants, to national and international players.

The Special Chair Humanitarian Aid and Reconstruction was initiated in 2006 by the Stichting Nationaal Erfgoed Hotel De Wereld, and is linked to the chair group of Rural Development Sociology and Disaster Studies.

Receive reports, papers and event announcements in your inbox.