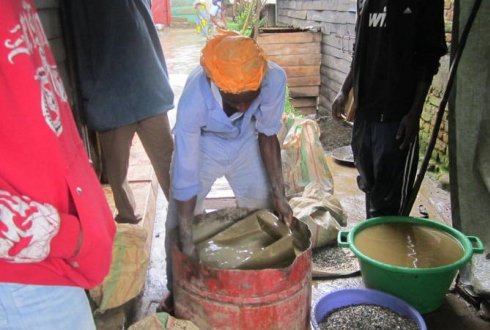 This research program focuses on the governance implications and the socio-economic impact of national and international initiatives aimed at formalizing the artisanal and small-scale mining sector, and at breaking the assumed link between mining and violent conflict in the eastern and southeastern parts of the Democratic Republic of Congo.

Since the second half of the 1990s, many parts of eastern and southeastern DRC have been the scene of violent conflict between multiple state and non-state armed groups. Some observers of the conflict, including experts of the United Nations, human rights groups and academics, have argued that the struggle for mineral wealth is the most important cause of the continuation of armed violence.

Policy-makers at the international level and in the DRC have taken several measures to prevent armed groups from generating revenues through the sale of minerals originating from conflict zones. Traceability and certification schemes have been set up, guidelines have been developed to promote corporate social responsibility among companies buying minerals from conflict-affected and high-risk areas, and efforts have been made to strengthen the capacity of Congolese public services monitoring the mining sector.

Examining the impact of these initiatives

Our research program examines the impact of the initiatives mentioned above. We want to investigate what are the consequences for the governance of the mining sector in a context of state fragility and post-conflict reconstruction. Furthermore, we want to find out to what extent and in which respects the initiatives have affected the livelihoods of the different groups of men, women and children working in the artisanal mining sector.

Three PhD researchers will conduct long-term fieldwork in Kinshasa, Lubumbashi and the artisanal mining areas of South Kivu and North Katanga. Meanwhile, a postdoctoral fellow, who also serves as the coordinator of the program, will work on an ethnography of policy-making at the international level.