What do ‘activism’ and ‘being an activist’ mean in today’s political context? What are the different options that citizen groups and (activist) social movements have to organize around the topics they consider urgent? How to organize a sound and constructive movement or action group? What can be learnt from the past’s social movements and mobilizations? How can theories on social movements, activism and resistance be useful for organizing an impactful action? How to combine activism and academia and/or be an activist scholar?

These questions are central to the capita selecta course “Resistance, Power and Movements”, a collaboration between OtherWise and the Sociology of Development and Change group and the Political Agency at the Grassroots cluster of the Centre for Space, Place and Society at Wageningen University.

This course seeks to create a space to explore and reflect on agency and power with a focus on combining theory and practice. In so doing, WUR lecturers, activists and trainers bring theory and practice of resistance, protest and movements together in a mix lectures and interactive workshops. On top of this, students will be guided to design and realize a small protest/act of resistance. 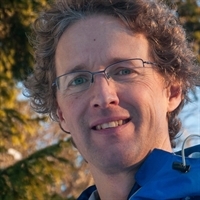 Motivation letters should be send to Michiel Kohne (michiel.kohne@wur.nl) before January 8, 2022.