Milk proteins play a major role in nutrition and development of the immune system in infants. During the first months of life, milk proteins are the only source of protein that infants receive. It is important that infants establish tolerance to milk proteins to be able to optimally use the proteins for their development. Milk is processed during the production of infant formula to ensure safety, however, this may also affect milk proteins. Modifications can affect the digestibility, nutritional value and immunogenicity of milk proteins. Milk proteins can be modified differently depending on the applied processing steps and on the presence of components in the food matrix, such as lipids and carbohydrates. However, the direct link between process-induced milk protein modifications, digestibility and immune response remains largely unknown, especially in infant digestion.

Aim
The Aim of this project is to determine the effect of processing milk at different conditions on digestion and immunogenicity. 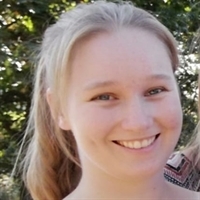