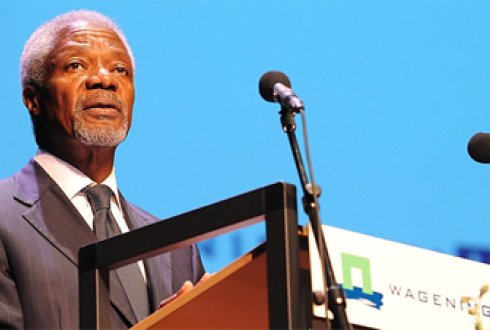 The Opening of the Academic Year 2008-2009 in Wageningenfocused on the theme ‘Feeding the World’.

Investments in innovative agri-food systems are necessary. Science, policy and industry need to rethink their strategy.

Nutreco CEO Wout Dekker reflected on the role of animal protein in feeding the world.

Chairman of the Executive Board Aalt Dijkhuizen traditionally reflected on Wageningen UR’s past and coming year, as well as on the Wageningen UR’s role in resolving global food issues.