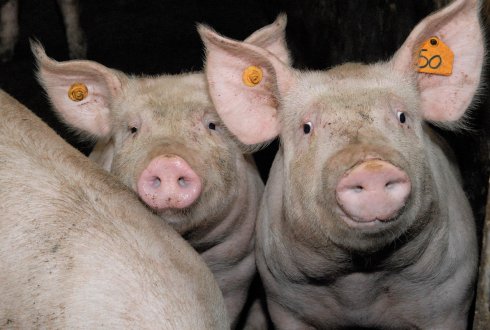 African swine fever (ASF) is an infectious viral disease in domestic pigs and other pig-like animals. In 2018 the virus made a big leap, infecting wild boars in Belgium.

The disease can result in up to 100% fatalities in a population.
Domestic pigs or wild boar that survive the acute phase may apparently recover and still carry the virus for several months. The clinical symptoms can look very much like those of classical swine fever. There is no vaccine available for African swine fever.

Spread of the virus

African swine fever arrived in Georgia from Africa in 2007. From there the virus spread to Russia and other countries, reaching the European Union in 2014. In September 2018 the virus made a big leap, ultimately infecting hundreds of wild boar in Belgium. In 2019 there were 8,315 outbreaks in Europe among wild boar and domestic pigs (source: European Commission). Especially in Poland and Romania there are many outbreaks.

Since August 2018 tThere are also large outbreaks in Asia. Starting in China, the disease has spread over many countries in South-East Asia.

Pigs and wild boar can become infected through different routes. Bringing in contaminated food (meat, sausage etc.) is one of the routes humans have a large influence on. Being alert and acting in an aware and responsible way on the part of pig farmers, hunters and individuals are extremely important in preventing the disease from spreading.

Wageningen Bioveterinary Research (WBVR) contributes to controlling ASF by rapidly testing samples for the presence of the virus. We coordinate the monitoring of wild boars for ASF. In addition, we carry out research for maintaining and expanding expertise, as well as advise the government and other organisations on ASF.