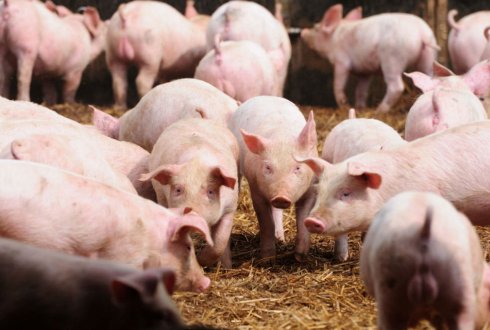 Porcine epidemic diarrhea (PED) was first reported in the United Kingdom in 1971. The disease was characterized by severe enteritis, vomiting, watery diarrhea, dehydration, and a high mortality rate among swine. Wageningen Bioveterinary Research conducts research on this disease.

The causative agent is porcine epidemic diarrhea virus (PEDV), which belongs to the family of Coronaviridae. It is an enveloped single-stranded positive sense RNA virus.

PEDV has been reported in many countries in Europe between 1971 and 1980 and more recently also in Asian countries including China, South Korea, Thailand and Vietnam. The virus was first reported in the USA in May 2013 where it caused a huge outbreak with millions of fatalities in young piglets. In the first half of 2014 outbreaks of PEDV were also reported from Canada and Japan.

The virus is transmitted faecal-orally and may be transmitted by aerosols. Pigs shed virus for 7 -9 days and the virus can be stable in faeces for quite some time.

Biosecurity is extremely important to control the virus. The virus is difficult to grow in cell-culture. PEDV is stable at up to 50 degrees C and pH 5 to 9. The virus has one serotype. PEDV is inactivated at 60 degrees Celsius for 30 min. Since it is an envelope