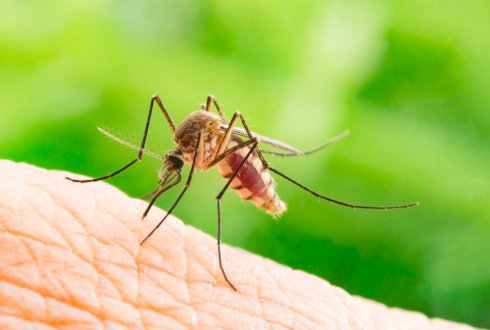 Rift Valley fever (RVF) is a viral zoonosis that primarily affects animals but also has the capacity to infect humans. Wageningen Bioveterinary Research conducts research on this disease.

Most human RVFV infections manifest as a transient, flu-like illness. However, a small percentage of humans develop encephalitis or hemorrhagic fever, which may be fatal. In animals the virus causes severe disease in ruminants like sheep, cattle, goats and camels. Sheep are the most susceptible target species. Age has also been shown to be a significant factor in the animal's susceptibility to the severe form of the disease: over 90 percent of lambs younger than three weeks of age may succumb to the infection.

The rate of abortion among pregnant infected ewes is almost 100 percent. The incubation period is approximately 2 days and is followed by an abrupt onset of fever and general malaise.

Wageningen Bioveterinary Research is developing a vaccine to prevent and control future outbreaks.

RVFV is a member of the family Phenuiviridae (genus Phlebovirus, order Bunyavirales). The virus was shown to be transmitted by 48 different mosquito species under laboratory conditions. Importantly, the mosquito species most prevalent in the Netherlands, Culex pipiens (the Northern house mosquito), was shown to be capable of transmitting the virus after feeding on infected sheep.

The disease was for the first time described after a large outbreak that occurred on a sheep farm in the Rift Valley in Kenya in 1930. Since that time, large outbreaks have occurred across Africa and the Arabian Peninsula. The most recent outbreaks occurred in 2018 in South Africa, Uganda, Rwanda and Kenya resulting in both animal and human fatalities.