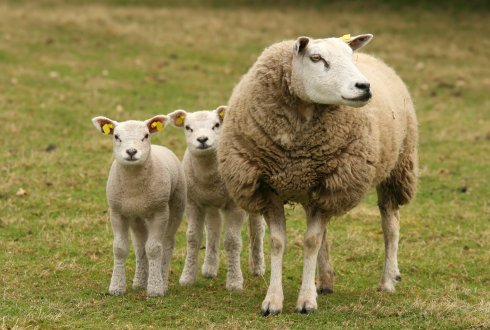 The virus was first characterised in 2011 in Germany from samples from diseased dairy cattle. The virus was named after Schmallenberg, in North Rhine-Westphalia, Germany, from where the first definitive sample was derived. Later on, after Germany, the virus was detected throughout Europe and surrounding countries.

Based on the current available information, experts concluded that the risk for human health is negligible.

The viraemic period of Schmallenberg virus is short and the virus is transmitted by biting midges, with apparent similarity to the vector transmission of bluetongue virus.

The risk of disease spread from trade in meat and milk is negligible. For semen, embryos and live animals research institutes have made recommendations for safe trade.

Experimental infection in cattle and sheep showed no clinical signs or mild symptoms at 3 to 5 days post-inoculation with an incubation period of between 1 and 4 days and viraemia lasting for 1 to 5 days.

Manifestation of clinical signs varies by species: bovine adults have shown a mild form of acute disease during the vector season, congenital malformations have affected more species of ruminants, in particular sheep and goat. From some sheep and cow farms diarrhea was also reported.