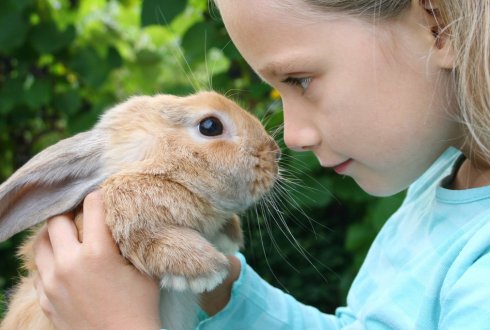 This research focusses on the control of diseases and infections spread between animals and humans.

Humans and animals do not live separately, but together. In the course of evolution, they developed together, just like their pathogens. That is why animal pathogens can cause illness in humans. These infectious diseases are called zoonoses. Anthropozoonoses are zoonoses that are transmitted from humans, as primary hosts, to animals. Dogs, cats, elephants and llama’s, among others, are susceptible to human tuberculosis caused by Mycobacterium tuberculosis, for example. However, cattle are not susceptible to human tuberculosis. They are the primary hosts for bovine tuberculosis caused by Mycobacterium bovis, a bacterium that can cause illness in all mammals, including humans. This bacterium is also referred to as the pathogen causing zoonotic tuberculosis.

In December 2018 RIVM published the report ‘State of Zoonotic Diseases 2017’, to which WBVR made an important contribution. Read the summary and download the report via the RIVM website.

Wageningen Bioveterinary Research (WBVR) conducts legal research tasks regarding notifiable diseases in animals on behalf of the Dutch government. These include all animal diseases subject to national and/or international legislation. These diseases include several zoonoses. As a reference laboratory for animal diseases in the Netherlands, we are responsible for performing diagnostics and giving advice regarding suspected notifiable infectious diseases in animals. In addition to these legal tasks, the institute performs a number of applied research projects by order of the government and industry. These projects also focus on zoonotic infections in pets and wild animals.

We contribute to these 3 goals

The institute is one of the participants in the Zoonosis signalling group (Signaleringsoverleg Zoönosen, SO-Z). This group of experts discusses new zoonotic signals from human and animal reservoirs and assesses their relevance.

More about the signalling group

The SO-Z holds meetings on a monthly basis and consists of infectious disease experts from the RIVM and the Public Health Service (GGD), animal disease experts from our institute and the Faculty of Veterinary Medicine, veterinary surgeons from the Netherlands Food and Consumer Product Safety Authority (NVWA)/veterinary incidents and crisis centre (VIC) and the Animal Health Service (GD).

The 2007-2009 Q fever epidemic in the Netherlands showed the importance of human and veterinary experts working together and consulting each other. After this outbreak, the SO-Z was set up. This group of human and veterinary experts meets to discuss zoonotic signals as early as possible. During a meeting, experts exchange confidential signals with each other in an easily accessible way, and make joint decisions on whether actions are needed based on these signals. These actions may include: gathering extra information, setting up an expert group and informing parties concerned.

Many of our activities regarding zoonoses can be found on our website, listed under the various animal diseases.