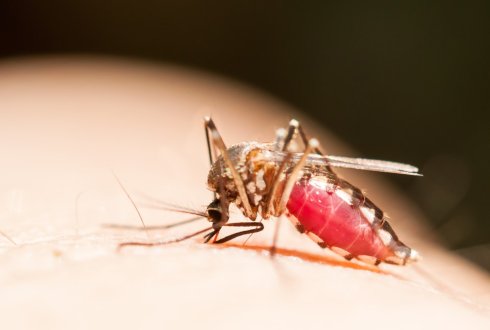 Wageningen Bioveterinary Research (WBVR), part of Wageningen University & Research, and the Coalition for Epidemic Preparedness Innovations (CEPI) hereby announce a new partnering agreement. With support from the European Union’s (EU’s) Horizon 2020 programme, CEPI will provide up to US$12.5 million for vaccine manufacturing, preclinical research, and a phase 1 study to assess the safety, tolerability, and immunogenicity of a single-dose vaccine candidate (RVFV-4s) against Rift Valley fever virus for use in humans. WBVR will lead a consortium of research, manufacturing, and clinical evaluation organisations to undertake this project.

To produce this vaccine candidate, researchers at WBVR have altered the genome of the Rift Valley fever virus in a way that significantly weakens it. This “attenuated” virus will be used as a vaccine to generate a lasting immune response against the disease. This investment is part of CEPI’s third call for proposals, launched earlier this year with support from the EU’s Horizon 2020 research and innovation programme under grant agreement No. 8579341.

Rift Valley fever vaccines have already been used successfully to protect livestock, but currently none have been licenced for use in humans.

Rift Valley fever virus mainly affects people living in pastoral communities in low-income and middle-income countries2. While the virus mostly infects humans through contact with the blood or organs of infected animals, there is a concern that it could also be transmitted from human-to-human by the Aedes aegypti mosquito, which could change its epidemiology considerably3. In view of the epidemic threat posed by this disease, the WHO has classified it as a priority pathogen in need of urgent R&D investment4.

Rift Valley fever kills about one in every hundred people infected. In people who develop the haemorrhagic form of the disease, the fatality rate is as high as 50%5,6.

Outbreaks of the disease

The virus was first identified in 1931 during an investigation into an outbreak among sheep on a farm in the Rift Valley of Kenya. Multiple outbreaks have since been reported across the African continent and on the Arabian Peninsula.

Dr Richard Hatchett, CEO of CEPI, said: “This emerging virus has shown its ability to expand its habitat and cause public health emergencies. We can and must develop a safe and effective human vaccine against this deadly virus to protect those people who are most at-risk and to improve global epidemic preparedness. We hope to achieve this goal through our partnership with Wageningen Bioveterinary Research.”

Prof. Jeroen Kortekaas, project lead and molecular virologist at WBVR, said: “With this strategic collaboration, CEPI acknowledges the concept of One Health, by bringing together veterinary and public health experts to fight an emerging virus that affects both animals and humans.”