Dutch health authorities reported today that the West Nile virus has been detected in the Netherlands. The patient is a man who had not been abroad recently. Presumably he was bitten by a mosquito near Utrecht. This suspicion is reinforced by the fact that researchers from Wageningen and their colleagues from Leiden University who collaborate in the One Health Pact recently caught mosquitoes in the same area and found the West Nile virus in these mosquitoes. The mosquitoes lived in the same environment where, this summer, a whitethroat warbler was caught which, after research, was found to have the West Nile virus.

In this way, it can be said with certainty that the West Nile virus (WNV) is gaining a foothold in the Netherlands and is also being transmitted to humans and animals by mosquitoes in our country.

The OneHealthPact is a team of experts, led by the Erasmus Medical Centre, working on the development of an 'early warning system' for the rapid detection of viruses. Among other things, research is being done on mosquitoes and birds. On August 22, the white-tailed warbler caught in the Utrecht region tested positive for the West Nile virus. The same bird had also been tested last spring. The results were negative at the time. Mosquitoes were caught and tested in the same area in July and August as part of the same research. Some of these mosquitoes were also found to carry the West Nile virus. This seems to prove that mosquitoes in the Netherlands are now also transmitting the West Nile virus to humans and animals.

Wageningen University & Research contributes in various ways to the One Health Pact and research into the West Nile virus. For example, Wageningen Bioveterinary Research (WBVR) together with partners, keeps a close eye on the situation in order to be prepared for a possible outbreak in humans or horses. Horses can become very ill from the virus.

Researchers from the laboratories of Virology and Entomology have been focusing for years on the susceptibility of mosquitoes to the West Nile virus. In 2015, it was established that Dutch mosquitoes were perfectly capable of transmitting the West Nile virus and that warm summers contribute to further spread.

Most infections at the end of the summer

Incidentally, it is striking that most of the infections in Europe seem to take place at the end of the summer. At that time, there are large numbers of mosquitoes, but also the higher temperature causes rapid virus multiplication in the mosquito and therefore increases the chance of transmitting the West Nile virus with a mosquito bite. 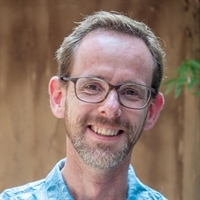 The West Nile virus in humans

The disease causes no or (mild) flu-like symptoms of a temporary nature in most cases. The most frequent clinical symptoms are high fever, headache, stiffness in the neck and various neurological complaints. In the case of elderly people and those with impaired resistance, the disease may be associated with serious symptoms, such as paralysis and permanent nervous disorders.