The European subsidies to farmers are subject to significant changes. The financial support for agricultural production will be greened after 2013. More public funds are made available for sustainable agricultural production and green activities, such as nature conservation, while other subsidies to farmers are being reduced substantially. Wageningen University & Research investigates what the consequences of the reform of the Common Agricultural Policy (CAP) are on the income of farmers, food prices, the world market and nature. Wageningen researchers also collaborate on the national implementation of the European Common Agricultural Policy.

The greening of direct income support is the main change in the CAP. EU Member States have some freedom as to how they want to implement the greening. This is still subject to debate. There is much discussion of the rule requiring farmers to manage seven per cent of their acreage ecologically. Researchers from Wageningen University & Research wrote about the effects of this rule, among others in the report ‘Greening the CAP by Ecological Focus Areas’ Vergroening van het GLB door Ecological Focus Area’s.

Investigations of Wageningen Economic Research show that Dutch starch potato farmers and veal holders on average will lose tens of thousands of euros in income support per year as a result of the proposed changes to the CAP. In contrast, the situation of cropper and horticulturists will slightly improve on average. Also farmers in other European countries, especially Eastern Europe, will reap huge advantages from the reform of the CAP.

The financial consequences of different policy options have been compared by commission of the Ministry of Economic Affairs. Several reports have been published on the subject, including ‘CAP reform 2014 – Effects of support variants on Dutch agriculture’ (GLB-hervorming 2014 - Effecten van toeslagvarianten voor de Nederlandse landbouw). The main conclusions drawn from the report are included in the article that accompanied this report, ‘Other EU support system brings significant changes for agricultural enterprises’ (Ander toeslagenstelsel EU brengt forse veranderingen voor agrarische bedrijven).

Farmers who see a decrease in income often use 'scaling' to compensate for the loss. However, the European Commission's aim with the policy change is not for higher production, but towards greening. Farmers who undertake green activities, such as landscape management, water storage or running a campsite, are rewarded. Wageningen University & Research has published several research reports on the opportunities given to farmers to adapt to the new policy, such as ‘More growth than greening’ (Meer groei dan vergroening) and ‘Socialisation of the CAP’ (Vermaatschappelijking van het GLB). These reveal that many farmers are not (yet) prepared for the new tasks that are expected of them. Not every farmer has the need to receive camping guests on the farm or to concern themselves with nature conservation. Switching to produce organic products or regional products, which earn more money, is only feasible for a very small part too. After all, that market is limited.

In September 2013, the European Commission (EC), the Council and the European Parliament (EP) reached political agreement on Common Agricultural Policy (CAP) reform. For the first time since the treaty of Lisbon, the EP was involved in revising agricultural policy. Previously, the EP only had an advisory role regarding the CAP.

The largest changes in the CAP will be made in the first pillar, which focuses on income support. Company surcharges, which now vary in height per farmer, will become more equal. The surcharges must be equal in all regions on 1 January 2019. Meanwhile, farmers who wish to eligible for the income support must apply one or more greening measures to their business.

The Agriculture Ministers of the 27 Member States of the European Union reached an agreement on the agricultural policy on 19 March 2013. "This is a big step towards greener, more innovative and more sustainable agriculture", says the Dutch Ministry of Economic Affairs on its website.

The new direction the EU is taking did not appear out of the blue. When the CAP was set up after World War II, the aim was primarily to prevent food shortages in the future. This policy was so successful that within a few decades so-called Milk Lakes, Butter Mountains and Wine Lakes arose; the production was higher than the demand for those products. The surpluses and related waste faced social resistance. In addition, society wanted farmers to also focus on nature conservation, landscape and recreation. The policy follows those social desires and is thus constantly changing. Wageningen University & Research keeps updated on these changes and regularly reports to the Dutch government. Wageningen Economic Research has an EU common agricultural policy dossier on its website. The research of the Wageningen Economic Research is divided into four topics:

The CAP consists of two pillars: market & income policy and rural policy. The rural policy, aimed at keeping the countryside viable (in a broad sense), will not change much in the coming years. 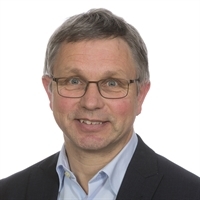