Despite the corona crisis, the value of Dutch agricultural exports grew by an estimated 1% in 2020 compared to 2019. Total goods exports fell by around 7% in 2020. These figures were reported by Statistics Netherlands and Wageningen University & Research (WUR) based on a joint study commissioned by the Ministry of Agriculture, Nature and Food Quality (LNV).

Total agricultural exports in 2020 were estimated at €95.6 billion, a new record. Of this amount, €68.3 billion was for exports of Dutch products and €27.3 billion was for re-exports. Exports generated an estimated €42 billion in export services[1] for the Dutch economy. If agriculture-related goods are included, the export value was €105.4 billion, while export services then amounted to €46.4 billion.

As in 2019, flowers, plants, bulbs and nursery stock were the most traded export products (measured in euros). Floriculture products worth €9.5 billion were exported in 2020, which was 0.3% more than in 2019. Floriculture products were responsible for the highest export earnings of all agricultural product groups. The floriculture export market struggled in the first months of the corona crisis but recovered later.

After floriculture, meat was the second most exported product segment in terms of value, but this market did decline by 3%, from €9.0 billion in 2019 to €8.7 billion in 2020. Dairy and eggs and vegetables also saw a decline in exports, by 4 and 3% respectively. However, exports of fruit grew by 11%, but this was mainly due to growth in re-exports.

Agricultural exports to Germany grew by 4%

China rose from sixth to fifth place in the ranking of main agricultural importers with a share of 4%. Agricultural exports to China increased from €3.1 billion in 2019 to €3.8 billion in 2020, i.e. 24%. This mainly concerned an increase in exports of pork and baby milk powder.

The value of agriculture-related exports was estimated to be 0.6% lower than in 2019. This concerned goods produced for the agriculture and food sectors. Agricultural machinery and machinery for the food industry were the most important agriculture-related goods exported by the Netherlands. However, these exports fell by 4 to 5% in comparison with 2019. Exports of greenhouse materials grew by 19%, mainly due to an increase in exports of these materials to the UK. Fertiliser exports fell by 9%. 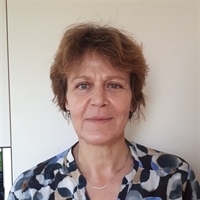 [1] The value that the Dutch economy derives from exports. This is the export value minus the value of the imports that were needed by the Dutch supply chain to produce these exports.